A great season for Morgan Hill, and the women’s basketball team 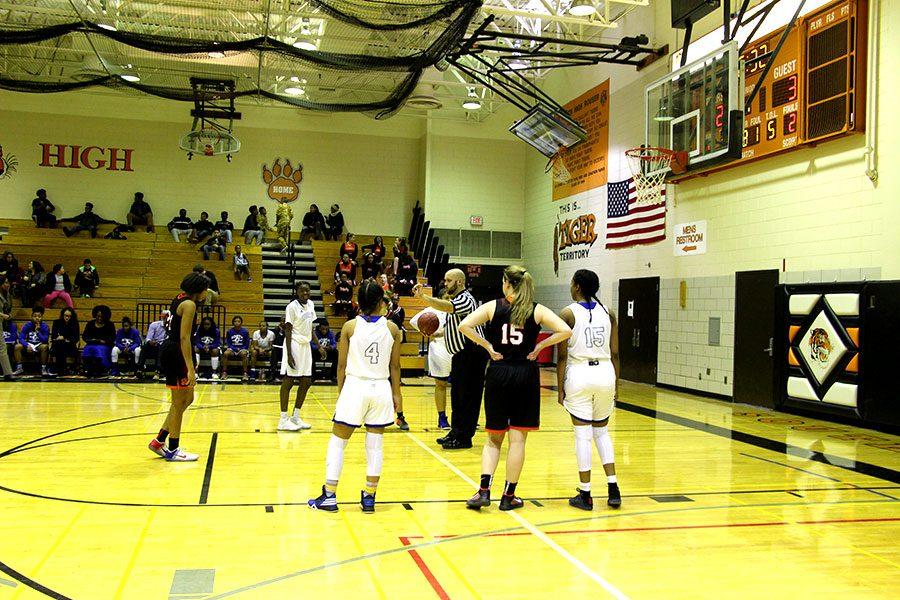 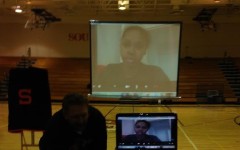 It’s been a great season for basketball captain Morgan Hill, and the rest of the South Women’s basketball community. The team as a whole have been doing amazing, and Hill, who just recently won NorthStar Girls Hoops player of the week, believes the team’s main strength is their ability to work with one another. “We’ve been playing as a team and coming together, and working together.” With their recent ten game winning streak, the South basketball team finds itself first in the city.

Hill explained that it isn’t all smooth sailing, “We have been having a lot of injuries with the team,” and that “Our coach helped us with the adversity. Us as a team came together and overcame those problems.”

She mentioned “Basketball is a very important part of my life, I get to meet new people, play with people and see all different types of talent,” and It’s clear Hill knows basketball talent when she sees it. “Growing up watching my sister Tayler and brother P.J. play…it just had an effect on me to follow in their footsteps. I saw how successful they have become.” Both her brother and her sister went on to excel in their basketball careers, each playing for Ohio State University before going Pro. Her sister Tayler Hill went on to play in the WNBA, Women’s National Basketball Association, and her brother went on to play professionally overseas.

As you can imagine having two siblings that both went on to be professionals in the field Hill aspires to be a part of, gives her a lot inspiration in her basketball career. She credits another player explaining,“Kobe [Bryant] is my inspiration, I love him, I love him and everything he does he’s my favorite player.”

Hill thinks that this year’s season can only get better “I feel great, I feel confident that we’re gonna keep doing better and that everyone is gonna keep moving forward as a team.” She believes basketball has had a very positive effect on her life and can be very helpful for others as well. “It definitely builds your communication skills. Having to talk with your teammates and coaches. It builds a lot of friendships too, getting to play with all different age levels.”

Hill believes the basketball team has improved since their last season, “I feel like last year it was kinda difficult because we got a new coach and everyone was getting adjusted.” It’s clear this season that the new coach, Nathan McGuire, has gotten over the adjustment period, and is leading the team into a season of success. McGuire explains “We’ve been doing really well, we’re 15-3 (win loss ratio) right now, we’re in 1st place by ourselves in the conference.”

While the team has been doing incredibly well he does admit they’ve suffered some failures this season. “We have had a couple tough losses against section opponents, Vancouver and Armstrong and one other loss against Norwood at a tournament down at their place,” he explained.

McGuire is very proud of Hill saying “Morgan Hill has been a top 10 scorer in the state I think that’s pretty notable” he went on to say “If she keeps on playing she could get 2000 points in her junior year which would be remarkable a lot of players only get 1000 in their whole career and she’s gonna double that up by the end of her junior year” He believes Hill has been a stand out player on his team.“Morgans really stepped into a leadership role even more this year,” McGuire commented adding,“Morgan’s really had to step as a captain not only help the team score on the court but also as a leader off the court. She’s someone we can count on all the time.”

He agrees that they are playing better than they did last year saying “It’s a lot, last year was my first year and there’s different expectations year to year and everybody knew what we wanted to do, we were on the same page and I that’s why we’re seeing a lot of success this year”

McGuire went on to mention the Hill legacy doesn’t end with Morgan, “One thing about South is that we’re very young. We start off with 7th grade, Morgans little sister Jade Hill she has been tremendous in general as our leading point guard. She has been really good at getting the ball to Morgan and the rest of her teammates.” Eighth grader Jade Hill says that the team has only been getting “better and better” but like everyone else she admits to the teams faults. “Us knowing where to be on defense is still not good enough, but we’re getting there.” She believes her older sister Morgan has been doing great saying, “She really puts the team on her shoulders whenever we need and help and we can always count on her.”

Thanks to Hill, and her team the 2016-2017 season has undoubtedly been amazing for South High Women’s Basketball, and fans here at South can only hope this streak of good fortune continues into the team’s Twin Cities championship on the 25th.