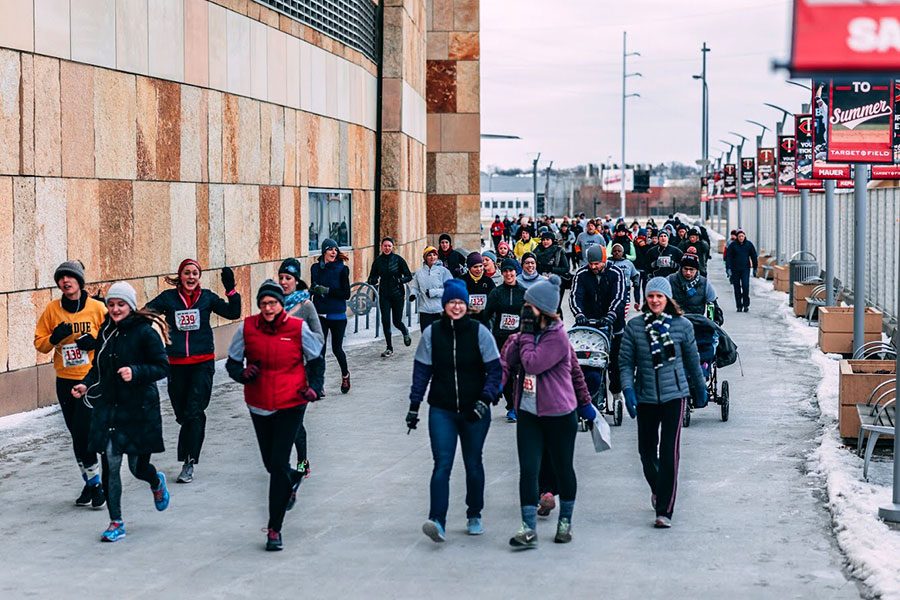 Did you know that on any given weeknight in Minneapolis, at least 45 girls are sold for sex through Internet and escort services, according to a 2010 study? And that according to that same study, each month in Minnesota at least 213 girls are sold for sex an average of five times per day? Sex trafficking is happening in our city, in our neighborhoods, and likely is affecting more people in our communities than we might think.

Though it’s a problem that often gets covered up, many people are becoming more aware of it. There are efforts to combat sex trafficking throughout Minnesota, including a campaign called “Not in Our City” that South junior Kaiya Woller helped initiate.

Through “Not In Our City,” Woller and other activists have organized several 5k runs to help raise awareness about local sex trafficking and raise money for other anti-sex trafficking organizations. The campaign has so far gained attraction and is continuing to grow.

Before the campaign was started, Woller and her friend Julia Barker from Edison HS had gone to several events designed to raise money for international human trafficking. They realized there was more to the issue of sex trafficking than most people often think.

“We were both like, this is a problem here too.” Woller said. “We wanted to make a change, but we wanted to not just pretend that it’s only outside of the [country] because it’s happening hugely in the U.S.”

Not only is sex trafficking very detrimental in the U.S., but it is also a significant issue in Minnesota. According to the FBI, the Twin Cities region has one of the highest concentrations of sex trafficking in the country. “Minneapolis is one of the top thirteen areas with the most human trafficking in the U.S., so it’s a really big issue here,” said fellow “Not in Our City” organizer Kaisha Tracy. Data from the Minnesota Human Trafficking Task Force shows that sex trafficking victims in Minnesota are most often Native American young women. According the 2010 study, the average age at which trafficked Minnesotan women first get involved in the sex trade is 13.

Woller decided to do something about this prevalent issue. Initially she wasn’t thinking of doing anything that big, but she started to imagine a broader campaign when she and her family came up with the idea to organize anti-sex trafficking 5k runs. They began to contact other activists who were passionate about working against sexual exploitation and wanted to contribute to this cause. “Looking at how prevalent this is here in our society, we need to take a stand and say we don’t want this here, which is why our name is “Not in our City,”” said fellow organizer Kaisha Tracy.

The “Not in our City” activists wanted to focus parts of their campaign on this year’s Super Bowl taking place in Minneapolis on February 4th. While one report done by Arizona State University concluded that sex trafficking does not increase during the time period surrounding the Superbowl, many people believe that in fact it does increase. Thus the organizers felt they could use this perception to raise awareness about how human trafficking and sexual exploitation are everyday issues.

“We want to use the Super Bowl as a catalyst moving forward, however we want to make sure that it doesn’t end after the Super Bowl ends, the issue is still here, so [we need to] keep working towards it,” said Tracy.

Soon a board of directors was formed within the campaign, which includes both Woller and Tracy. They started by planning the first “Not in our City” 5k last February. Woller said they planned to organize runs because “that’s something people are impassioned [to do] to make a difference… people are getting involved, getting fit and [helping] raise money.”

Since then they have continued to build their campaign, creating a separate mantra called “Not Sexy.” The goal of this part of the campaign is to raise awareness that the trafficking of women in particular is not a sexy thing. “We see movies, we see marketing that shows prostitution in the light of being sexy or glamorized, and we look at that [sexualized] woman, but really that’s not what it is. It’s not sexy, it’s not glamorous, it’s not like that,” said Tracy.

The name “Not Sexy” has another meaning as well: the organizers of the campaign do not want it to become a temporarily popular issue that would just go away. As Woller explained, “We want to make this [campaign] so it’s not just a sexy trend that’s going away in a month, or as soon as the Super Bowl ends… because it’s still happening every single day.”

The board continued further by organizing a second 5k that took place this past December. This 5k was even more popular than the first one, with prominent figures attending such as Minneapolis Mayor-elect Jacob Frey and members of the Vikings cheerleading team.

With the large turnout, enough money was raised to donate to several local anti-sex trafficking organizations that “Not in our City” has partnered with, including “The Link,” “Breaking Free,” and “Cornerstone.”

“100% of the money from registration and from additional donations can go directly into the pockets of the people doing the work in Minneapolis,” said Tracy. “We choose organizations that do really great work, that have been around for a long time, and that have already been making a difference in our city.”

Members of South’s National Honor Society were also at the race in December volunteering. Rachel Bentfield, a junior at South in NHS who volunteered, felt that it was important for the South community to be involved because “it’s our community… [sex trafficking] happens here, in our neighborhoods, and we should be aware of [it].”

Woller went on to explain that in the future she wants youth to be even more involved. She is helping create a subset of the “Not in our City” campaign called “Fight for Us” which will “call youth into action….we don’t just want it to be adults that are worrying about this, we want youth involved because youth are more often the targeted victims.”

Overall, the organizers want awareness about the issue to keep growing and hope that everyone who is already involved will keep making a difference.  “[You can’t just] race, and then be done, and end it here,” said Woller. “We want everyone who runs to contribute some other way too, whether that’s volunteering, or contributing money, or raising awareness in general.”