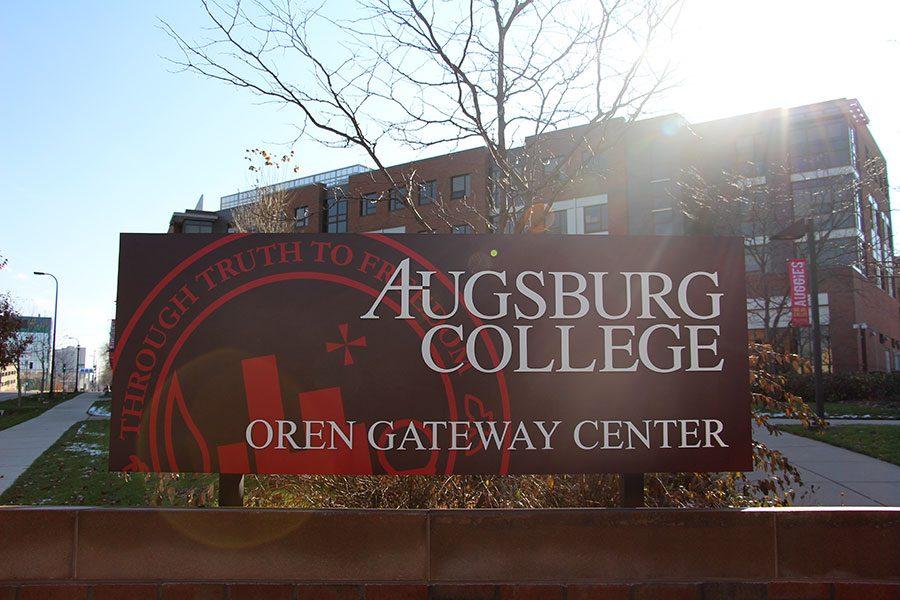 “All I wanted was to feel okay,” said twenty four year old South alum Gabe Stumme over a phone interview. Stumme battled with both drug and alcohol addiction throughout his highschool years, and during his senior year at South, he transferred to PEASE (Peers Enjoying a Sober Education) Academy until graduation. Stumme, nearing six years sober, is the program coordinator at Central Michigan’s collegiate education and wellness program.

“I grew up in a bit of a warring household, and I felt from a very young age like something wasn’t okay,” Stumme said. “I saw drugs and alcohol as a way to finally control the way I was feeling.”

Stumme’s struggle with drugs and alcohol soon became a strong addiction. “Whatever I could get my hands on is what I would use.” Stumme said. He started using marijuana, then began drinking shortly after. “I was pretty infatuated with it right away,” Stumme said, regarding the start of his addiction. “It slowly got out of control.” However, these didn’t satisfy him for long. He moved on to harder drugs, and started popping prescription pills, like OxyContin.

Stumme’s father came out as gay when Stumme was only 3 years old: “That kinda sparked the warring household.” His parents got a divorce, and the stress impacted the beginning of his using. His addiction began when he was only twelve or thirteen years old. “Instead of developing coping skills for the situations I was in as a child I decided that turning to drugs and alcohol would be the easier way.”

As Stumme’s addiction to drugs and alcohol intensified, he began to change the group of peers he hung out with. He had his “friends from day one,” who would occasionally drink together in a friend’s basement. However, as Stumme’s addiction continued to progress, “they weren’t keeping up with me.” Stumme didn’t want to feel like there was something different with his habits. “They made me feel like I had a problem,” Stumme said. So he began finding other friends who liked to do drugs and drink as much as he did in an effort to feel “normal.”

Stumme left South High during the second half of his senior year, and graduated from PEASE (Peers Enjoying a Sober Education) Academy instead. He began attending multiple recovery programs at the age of sixteen, along with many of the other students attending PEASE. However, he wasn’t fully engaged in these programs at the start. “I started going just so I could hang out with [my peers].” He didn’t participate in any of the work in the programs, he was just showing up. In these meetings he saw people that were completely sober, and it “looked like they were actually happy.”

Stumme relapsed twice while attending PEASE Academy. The first time his consequence was just “a slap on the wrist,” but the second time he was kicked out of PEASE for two weeks, and was only allowed back if he began to take one of the recovery programs seriously. He knew he didn’t want to come back to South, because his old friends still attended there.“I had to cut ties with them if I was gonna have any chance at staying sober.”

“I could actually die from this”: The overdose

Early in the year of 2010, Stumme was rushed to the hospital by his father after he had overdosed. This was his second time relapsing while attending PEASE, but his first time in the hospital. “Until then I thought I was invincible,” Stumme said, expressing how he didn’t process how serious his addiction could be. It was then that he realized “I could actually die from this.” He had begun to get reckless in his living, and would risk his and other people’s lives by driving under the influence. “It became easier and easier to rationalize the crazy things I was doing.”

Stumme’s father found him after the overdose and drove him directly to the hospital. His mother and older brother had been alerted that he was being transported there and showed up before he did. His family saw him there, but he wasn’t lucid, and was unable to recognize them. When Stumme arrived there he still contained the ability to walk, but he was beginning to nod off and fall over. The only thing he remembers is a nurse trying to hold his head up and saying “Gabe, stay with me.”

After getting out of the hospital he decided he wanted go back to PEASE. “I was faced with the reality that I…wouldn’t finish high school if I kept [up my addiction].” January 16, 2011, is the date he went sober, and he hasn’t used since. “That’s the day I took the program seriously.”

Life after an overdose

“My family was huge in supporting me,” Stumme said, explaining that his decision to finally get sober showed just how much support he had in his life. Alcohol and drug addiction has run in his family for some time, and one family member is still fighting an ongoing battle with it to this day. The family was aware he looked like he was on that path for some time, so when he started reaching out for help they all were prepared to help him through it. He feels lucky, because a lot of people who are plagued with drug addiction lose their families, but he didn’t have to deal with that: “I don’t think I would be alive today if it weren’t for them.”

His “friends from day one” that he had pushed aside during his addiction “had my back…they stuck by me.” He still talks to those friends to this day. As for the friends who he had been using drugs and drinking with, to his surprise “our friendships weren’t really that real.” Those friendships were based on drugs and alcohol, and if “there were no drugs and alcohol they weren’t hanging out.” Of the friends he was doing drugs with, a couple got sober, some have died, and “the rest are still out there, doing the same old things.”

His addiction had a very negative effect on his high school experience. He had lots of friends, but they were all surface level relationships. “I desperately wanted to fit in and be popular when I was in high school.” Stumme said. He felt the need to “wear a mask” in order to be accepted. “I was worried that if anybody actually knew who I was that they wouldn’t like me… I had this idea I was inherently unlovable.”

While attending PEASE Academy, students from Augsburg College came to the school to talk about a program Augsburg offers called StepUP. This is an “innovative residential collegiate recovery community” according to Augsburg’s website. Stumme knew he wanted to attend a college, but he felt he would have to make a choice between being being sober and attending college. When he found out about the program and how people were actually enjoying college, it was a “no brainer” for him. The following year Stumme started college at Augsburg.

StepUP offers students sober dorms to live in on campus, the opportunity to still fully enjoy the college experience and a safe community you can trust. In order to be a part of its program you’re required to have 6 months of sobriety, and you are not allowed to attend any clubs, casinos, concerts or parties during your first semester. However, after that they “loosen up on the rules.”

The StepUP program started in 1997. It was designed as a residential program to support chemical health for students in recovery from substance use disorders. It has now grown into the largest residential Collegiate Recovery Program in the country. “I am passionate about the fact that people can and do recover from substance use disorders, and I’m also passionate about the value of education,” said Kristin Wilcox, one of the four chemical dependency counselors at the StepUP program, in an email interview.

“Working where [abstinence and education] intersect is a privilege” Wilcox said. “The current mean cumulative grade-point average of StepUP students is 3.2, and the cumulative abstinence rate is 92%” said Thenedra Roots, another chemical dependency counselor at Augsburg in an email interview. “The StepUP Program has greatly impacted the lives of hundreds of students in recovery, promoting their continued abstinence and growth in recovery, in addition to their academic success and overall wellness” Wilcox stated.

While he was still attending Augsburg, Stumme went to a collegiate recovery conference with a StepUP counselor to present some research. He saw hundreds of students from across the country who were battling the administrations at their colleges for a space to meet in. “They didn’t have resources, they didn’t have support from the colleges, but they were fighting at a very grassroot level to create collegiate recovery programs on their campus” Stumme said.

When Stumme saw this he realized just “how lucky was I to just walk into [the StepUP program] and have all this support.” Many of the students gathered at that conference didn’t even have their own buildings to meet in. “That was when it hit me and I finally realized ‘oh, this is what I need to be doing’.”

Afterward, he went back to one more of those conferences to speak. After he spoke someone found Stumme and asked him if he would like to interview for a job with a new recovery program that they would like to get started. Stumme responded with “hell yeah.”

South also hosts a program called SRC (Silver Ribbon Campaign), which brings in guest speakers to the school to speak in front of a student audience about their experience or work dealing with mental health and addiction. The group has had speakers come in to talk about horse therapy, suicide prevention, sobriety and more.

Stumme moved from Minnesota to Michigan on August 13 of this year. On the 15th of August he began work as the program coordinator at Central Michigan University’s collegiate recovery education and wellness program. Most collegiate recovery programs are sponsored by their colleges, but the newly founded  program at Central Michigan University is unlike any other. It is sponsored by a non profit treatment center called “Ten16 recovery network” that is established throughout Michigan. No other collegiate recovery program has a treatment center behind them. “We have a lot of things going for us we are lucky to have” Stumme said. He believes this will be a new model in the recovery world.

Instead of prohibiting students from drinking, they plan on teaching students safety tips and how to be responsible while under the influence. “We are definitely focused on the student who is already in recovery, but we are also interested in education and prevention to help a lot of other students.” They plan on having something to offer to anyone at the University suffering from substance use.

Often times there is a negative stigma associated with people using substances. “When somebody is told [that addiction] was their choice and that they’re just screwed up they’re not gonna get well” Stumme said. Stumme is hoping to change the dialogue that’s happening about drugs and alcohol on Central’s campus. A lot of students are afraid to get help because either they don’t know how, they feel like they’ll get in trouble, or they don’t think there’s a way out. “Really what I would like this program to provide is any student that needs help knows where to get it,” Stumme said.

Stumme would like to let students in recovery know “there is a way out.” He encourages you to talk to someone you trust about it. “Asking for help is the biggest step we can take in finding recovery.”

“I would really like to see a collegiate recovery program on every campus before I die.”