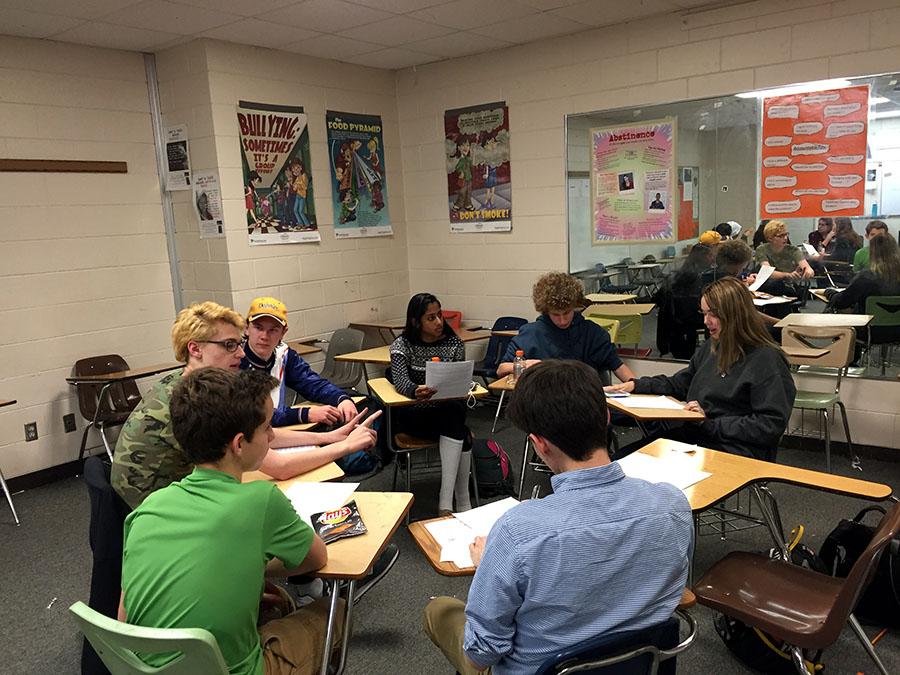 How do you talk to kids about sex?  What role should schools play? How much is too much information? These have always been big, sometimes awkward questions and opinions about them can differ widely. School’s sex education curriculums reflect that and differ widely as well, from abstinence-only education to going on a school field trip to a sex shop, as the Gaia democratic school did. This is a particularly important issue in the U.S. as it has the highest rate of teen pregnancy in industrialized countries.

Within the U.S. there are also large disparities in rates of pregnancy in African-American and Hispanic teens compared to white teens. According to research done in 2013 by The Office of Adolescent Health an average of 11% of teenage females will give birth by their 20th birthday. However for Hispanics the percentage is 17% and for African-Americans it is 16%. The percentage for whites is only 8%.

These disparities can often be connected to poverty and lack of access to contraceptives. Even if someone has access to contraceptives without the information on how to use them correctly, their effectiveness drops dramatically. “Sex ed is interesting because bad sex ed can do more harm than no sex ed,” sophomore Makena Froebel asserted.

At South sex education can take many forms. One of these is the group Peer Education, commonly known as ‘Peer Ed’ that Froebel is a member of. It is a largely student-led group which does a variety of things from giving presentations on condom use to middle schoolers, to doing presentations around South providing information on the school based clinic.

The name of the group comes from their focus on conveying the information on a peer to peer level. “It’s just easier when it’s from peer to peer…you can be more candid,” explained senior Betty Mfalingundi who is also a member of Peer Ed.  Froebel agreed, saying,

“It’s less scary, and honestly more information gets conveyed.” She also points out it might feel more authentic coming from a peer than from a teacher, “because you know what? Teachers are getting paid, we’re not.”

On a basic level, Peer Ed can seem like just a sex education group but as Froebel explained, “Peer education is so much more than just sex ed… it’s about civil engagement, it’s about advocacy, it’s definitely about teen empowerment.” An example of this is that last school year Peer Ed went to the capital to advocate for the homeless youth act. This act gives funding and grants to providers who give care to homeless youth. The experience included researching how sex ed can tie into youth homelessness, talking to senators, and writing letters and postcards.“It was obviously an issue that we all cared about a lot,” said Froebel.

Mfalingundi enjoys Peer Ed for many reasons, a large one being, “It’s an issue that is so personal to us and so important and relevant to the experiences we’re having,” she explained, “It’s really an honor to be part of a group of students that’s taking that responsibility into their own hands and reaching out to students in their community.”

An amazing resource that South has access to is the school-based clinic, located in room 122  next to the the back stairs marked by a large sign on the door stating ‘All students welcome’. Once you’ve passed the door you’re met with the friendly secretary and a sign stating her name and pronouns and asking for yours. The clinic is made up of small rooms, many with a small noise maker outside the door to keep the conversations happening inside more private.

These clinics are available to all students in 7 major schools in the MPS district and is funded by the city government. Though many students know it for it’s sexual education area, according to Kate Boyle-Steed, the health educator at the clinic, about ½ of the visits are for mental health therapy. The school-based clinic offers a diverse range of mental, physical, and sexual healthcare services which are mostly free and confidential for students. These can range from free contraceptive care and STI (sexually transmitted infections) testing, to mental health therapy, to sports physicals.

“I think of us more of a doctor’s office within the school,” said Boyle-Steed. She hopes that the clinic is able to “help students learn to take care of their own health and feel empowered with setting their own appointments and meeting with providers in a comfortable setting.”

A last place to find sex education at South is the mandatory health classes. Common stereotypes for these are students sleeping in class and the roster being filled largely with upperclassmen. Unfortunately, the health teachers asked to interview were never available or chose not to comment. Sophomore Patty Cichantek, who took Health 1 as a freshman,  described the curriculum as mostly focusing on prevention of pregnancy and STIs with little to no time on subjects such as consent and relationships.

“Sex ed was like; do a presentation about birth control. Okay, you’re good.” Though her teacher seemed comfortable talking about sex she wished they would “be more enthusiastic,” and the curriculum would “stop having abstinence be pushed so much and include not just heterosexual sex.”

But, what should sex education look like? “We need to shift from preaching abstinence to preaching consent and choice,” stated Froebel. Mfalingundi would like to see reproductive education start at an earlier age.‘The younger we teach these students about how their reproductive health works, the less shameful it’s going to be.” She would also like to see some kind of health class every school year. Boyle-Steed stresses the importance of consent saying, “It would be great if there were [a] really clear scale setting for developing consent, obtaining consent, giving consent, recognizing consent.” Altogether the feeling seems to be best wrapped up in a statement of Froebel’s that, “Sex ed is necessary. It’s that simple.”