We are American- being Asian American during the pandemic 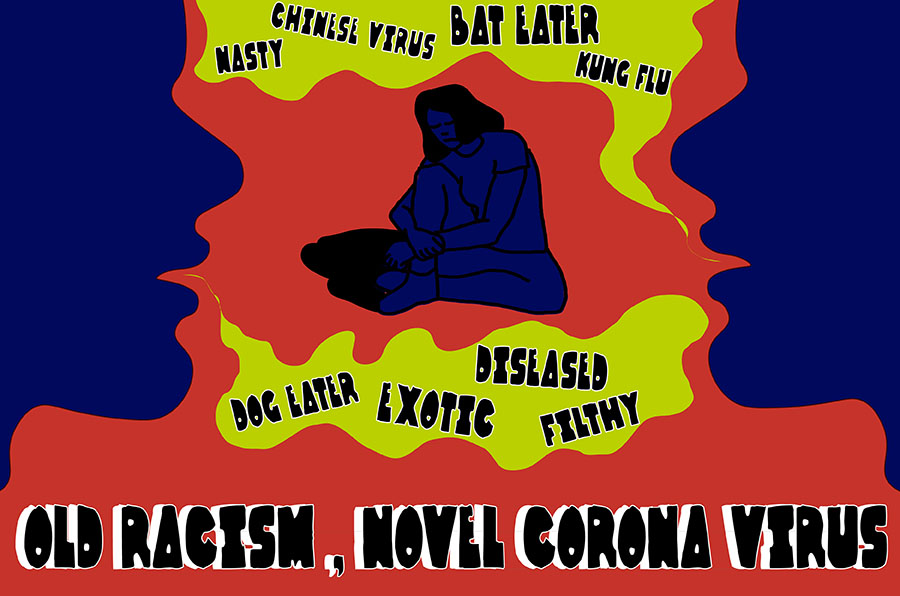 Anti-asian racism is on the rise, the Asian Pacific Planning Council (A3PCON) reported over 2,400 cases of anti-Asian discrimination. While these attacks are disheartening, they aren’t shocking, and they aren’t new.

NOTE: This article was originally written in May.  in the wake of protests about systemic racism, it felt important to say that this article is in no way supposed to undermine struggles that other racial minorities face in the US, but rather to bring one to light that isn’t talked about often.  (paraphrasing) the words of Bao Phi during his writer’s room visit, “I would never take away another’s pain, I hope nobody would take away mine.”

Asian Americans don’t feel safe going to the grocery store, and it’s not because of Covid.  Nearly 2,400 instances of verbal abuse, physical assault, spitting, and refused service have occurred since Covid started.  According to Stop AAPI Hate, over 840 of those instances were in California alone.  According to Pew Research Center, 31% of Asian adults say they have been called slurs or subjected to racist jokes.

Anti-Asian racism isn’t anything new.  “I’m not surprised, previous racism that’s existing in our society definitely has an effect, and that’s why I’m not surprised because I’ve seen it even prior to this whole coronavirus thing,” said Anonymous (this interviewee preferred to remain anonymous).

Even I have heard people say things like “Kung Flu” and “Chinese people are nasty.”  These are things I heard in school, a place where kids are supposed to feel safe. When I was younger, I was asked if I’d ever eaten dog, was told that Chinese people named their children by dropping pots and pans down the stairs, and many other things that most Asian kids are called, asked, and told.  Now during the Coronavirus pandemic, people think Asians eat bats and are diseased. You would think things would change as you get older.

In some ways, it doesn’t make any sense, but in others, it makes perfect sense.  We may be in the middle of a global pandemic that has negatively affected everywhere in the world, but this is just another example of the damaging but constantly overlooked racism that Asian Americans have been dealing with for over a century.

“For Asian Americans, we’re seen as the “exotic other” that manifests itself in different ways. On the political spectrum, people tie them to whatever is happening in Japan, Korea, China (Pearl Harbor, Korean War, 9-11, ). If you look at the response to Covid, some ask, if this disease started in Europe, would the reaction be different? But (since) it happened in China…people think it happens over there,” said South alum and poet Bao Phi during a virtual workshop organized by South’s writer’s room.

The feeling of being the “other” is something Asian Americans have faced for a long time. During WWII, the entirely Japanese American 442nd regimental combat team not only fought allies of their country of origin but also fought distrust and stereotypes about Japanese Americans, all on their way to becoming one of the most decorated units in American military history.  However, despite the heroic actions these soldiers took, they returned to a country that didn’t view them, or any Asian Americans, as truly “American.”

That is why the feeling of being the “other” still feels so relevant now. No matter what Asian Americans do, we still are not recognized as American because we look Asian.  And despite how much America wants to reject us, we still ask to be viewed as American, not because we want to, but rather because we are.

This ostracization of Asian Americans isn’t just hurtful, it’s been the fuel on the “the Asians caused corona” fire.  “[Coronavirus]  just kind of gives people additional ways to [be racist], before there may be people who are racist, but they don’t say anything about it, but now with the corona[virus, it] might just kind of provoke them to speak out,” said Yana Lin, an Asian American realtor based in St. Paul.

For any Asian Americans who may be upset or have experienced hate, don’t be driven by the same hate as the people who are attacking us.  “You can’t really tell people what to do or not to do and how to control their feelings and how to control whatever political standpoints [they have],” said Lin.  “[if] getting offended and getting upset is your first reaction, then you’re just playing… into their hands because they’re trying to [provoke a] reaction,” said Anonymous.

Covid-19 isn’t the only thing we need to stop spreading- we need to stop the spread of abuse against Asian Americans.  You can report an incident to https://stopaapihate.org/.