Physical and academic growth: Nick Carter’s journey to the Olympics 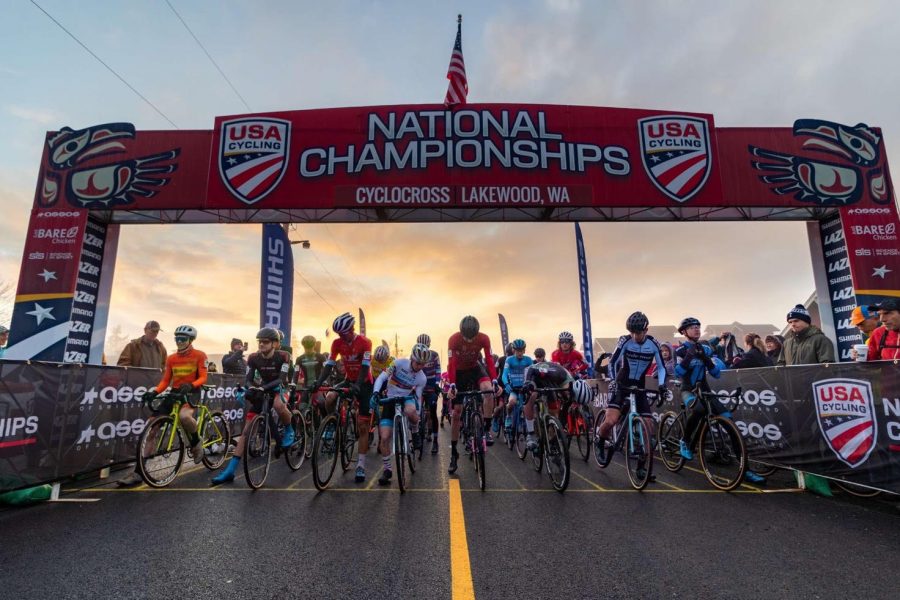 Senior, Nick Carter has competed in countless races ranging from European races, World Championships to Nationals, farther than he had expected to go with his cycling career. "There’s no way I would’ve ever thought I would be in this place which also makes me optimistic for the future that I could go places that I’m not thinking about right now," said Carter.

Since last year, Carter has continued onto his journey to the Olympics and the world of professional cycling. He’s been travelling across the globe for race after race to places he would’ve never imagined. “There’s no way I would’ve ever thought I would be in this place which also makes me optimistic for the future and the places I could go,” said Carter.

Carter’s growth has been increasingly evident in the past few years as he continues to pursue his dreams. “The first year I met him he placed second at nationals and then after that he just kept getting stronger and stronger and the last year he’s been getting exponentially stronger just because he’s taking it more seriously and training harder,” said senior Jae Walters, a fellow biker and friend of Carter’s.

Carter’s younger brother, sophomore Jack Carter has seen Carter through all of his progression. “He’s definitely progressing as a rider, he’s getting more and more offers from people and definitely has a lot in store for him if he continues riding his bike.”

The dedication and effort put into the sport by Carter is not unquestionable, “he’s super hardworking and super driven and insanely talented,” said Walters. Jack Carter notices the same qualities in his older brother. “He’s really dedicated to what he does. He’s really good at balancing things that I think would be hard for normal people.”

However, biking is not the only thing in Carter’s life. On top of his advancing biking career, he is responsible for keeping up with school, relationships, and college preparation.

“I have to think more about college now, whether I want to go to a college that has a collegiate team or go somewhere that’s a little more academically challenging and just continue to race on my own,” said Carter. He plans to have biking continue to be a part of his life through college, but won’t let it be the only thing in his life. “You’ve got to have other things to do, you can’t be that single minded or you’ll burn out eventually.” Carter reminds himself to keep his priorities in order, and not forget about the other things in life than biking.

Keeping up with school can be very challenging if you have to miss a large number of your classes during the year. “I definitely think it makes me have to try things and look at things from a different perspective. I can’t assume that if I have questions that I’ll just be able to go to the teacher the next day because sometimes there will be no way for me to check in with teachers,” said Carter. He later added that this challenge has encouraged him to grow as a person. “It’s a lot more on myself than it would normally be but I think that will help me in the long term with college and a job, it’ll force me to be a little more proactive with things…  If you try hard enough, talking to all your teachers, checking in with them, it’s doable. It’s definitely doable.”

His friends and family have noticed how hard Carter has been working to keep up with his academics. “I think the biggest [challenge] was him trying to balance school with everything that he’s doing, but he’s still keeping up with it,” said Walters. “I think personally it would be really hard to leave for a long time and come back but he’s always getting the work done he needs to have done,” added Jack Carter.

Beyond his current focus on the near future, Carter has big dreams of where he could be later in his cycling career. “My dream would be being on a world tour team and competing in races like the Tour de France and other big world stage races or having a job that I can stay in the cycling community, that would be fun,” said Carter.

Many cyclists are determined to bring a specific discipline of biking to the winter olympics of 2026, they will be doing a demonstration of cyclocross, Carter’s favorite type of cycling. This opens up a different window of opportunity for Carter– the real possibility of the olympics. “Cyclocross [is being put] into the winter olympics as a test of it in 2026 and I will be 24 years old so hopefully that will be the best age, that’s my plan, olympics 2026.”

These dreams may not be as far fetched as they seem, at least in the eyes of Carter’s friends and family. “He definitely has the potential to be a super strong rider and ride professionally and that’s sort of what he’s on to next,” said Walters. “[When] cyclocross comes in the Olympics I definitely think he has a good chance at it,” added Jack Carter.

Carter is headed to Southern Georgia for his next race, where he will continue to take photos and appreciate the opportunities he’s been given.  “This year I wanted to take pictures of everything so I can show people and have that later to remember that this is the opportunity that I had. This is my story.”