The Student Marxist Association: bringing students together to take down capitalism 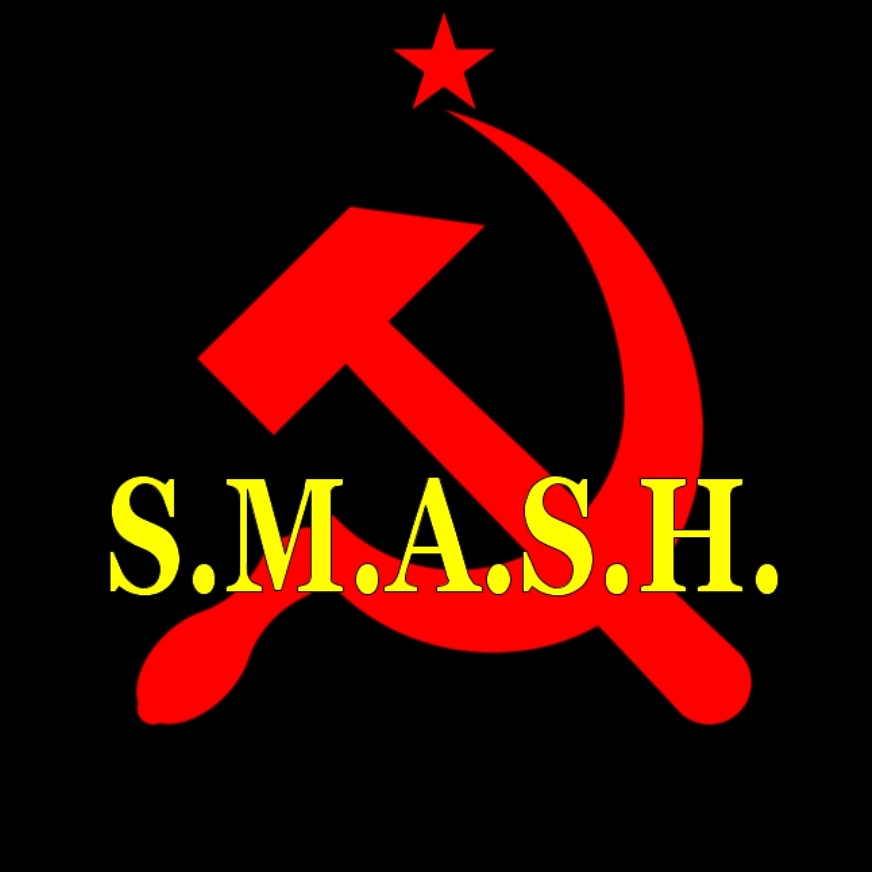 The Student Marxist Association of South High is a new club that was created this year. Founding member Zach Moor said, “what we set out to do is to educate students, to empower students with that same stuff, equip them with this theory and with these connections specifically to agitate students into developing an actual movement here.” They hope to educate, empower, and unite the school.

“What we set out to do is to educate students, to empower students with that same stuff, equip them with this theory and with these connections specifically to agitate students into developing an actual movement here,” said Zachary Moor, one of the founding members of the SMASH club, a new group at South.

In a capitalist system, the means of production are privately owned and the goal of capitalists is to make as much profit and labor from the workers at as small a cost possible. In a communist system all property is owned publicly and everyone lives according to their needs and abilities. Marxism is a method that analyzes class and capitalism.

Moor wanted to create SMASH after he took his economics class and found it problematic. Robert Panning-Miller, a history teacher, said, “when I’m talking about capitalism, and socialism, and communism [in my class], I basically clarify to students that when you have a class that’s called econ or econ 101, it’s capitalism 101.” The individuals, systems, and markets of capitalism are what are taught in economics. The class is to teach students to be responsible economic citizens within capitalism. Mary Manor, a teacher at South, agreed referring to economics as a class about the American Government, not economics.

Moor attempted to get a lesson in his class about wage labor but was told that “there wasn’t time for it.” Moor’s economics teacher brought him to Manor because they knew that Manor would be better equipped to help Moor. Manor contacted Panning-Miller because “I know Robert is a committed and a long time communist.”

Moor wanted a space to discuss and fight against capitalism. “We want to learn and facilitate the learning of what’s f’ed up about capitalism. We want to facilitate the learning of what a proletarian government means, what a revolutionary proletarian is capable of.” He believes that getting rights and respect for the working class is vital and that despite the way that society portrays it, poverty is not an individual issue, but a systemic one.

Soon after talking to Manor and Panning-Miller, Moor reached out to friends and other people who were interested in Marxism. He said, “I was talking with some other comrades of mine and we were like ‘hey, that needs to be rectified.’ If this is supposed to be a place of learning, we shouldn’t be swallowing all this bourgeois BS.”

Moor promoted the club with an ad on the cafeteria monitors, flyers, talks in some of his classes, and social media. One comrade, Leila Rae Yorek Sundin, a member of the club, was immediately interested in the club. “I have found it really difficult to find people who have a similar ideology to me and that is something I like to bond over people with.”

SMASH wants to educate, unite, and empower students and the community. They aim to educate people on current events in the world, and what they can do in their everyday lives to help fix these issues. Moor said, “educate people about how messed up capitalism is and about the possibilities of socialism. Give them access to the science of Marxism. Not only is it bad there is a clear way to defeat [capitalism].” One way SMASH hopes to do this is through peer education and discussions. Another way is through literature. Recently books about imperialism, capitalism, Marxism, and Communism were given to the library. Moor believes that even if people don’t read every part of them, it is important to have them available.

Marxism offers people an opportunity to fight for class revolution. Moor says, “Marxism-Leninism is a scientific method by which we can analyze capitalism and by which we can analyze the class struggle.” The Communist Manifesto explains this method, for understanding class exploitation. When the club first met, the members read sections of Marx’s Communist Manifesto to become more familiar with it and learn from it.

Panning-Miller and Manor try to let the students run the group, but offer assistance when needed. “I sort of approach this as a student led group and so I’ve been just trying to like ‘what do you need from me?’, rather than, ‘here’s what you should do,’” said Panning-Miller.

Having a socialist lens allows club members to recognize the economic root causes and systems behind social inequalities. Moor said having a socialist view, “absolutely impacts how we see the world, and how we recognize the way that things are symptoms and the systems that create those symptoms.” Sundin agreed, adding that Marxism has taught her to question everything. “Marxism definitely changes the way I interact with the world. It tells me to question everything I see because capitalism has its reach everywhere. It affects everything that you see and hear.”

However SMASH is not only just talking about the theory of Marxism, they also hope to put it into practice. Moor said, “We want a way to get students here more deeply politically involved and specifically fighting for material change.” They believe that by letting people speak their truths and experiences it creates a safe space and by sharing it connects the people. “People are aware of their own struggles and challenges, what they are often not empowered to do is to question and engage in dialogue about why they have those challenges,” said Panning-Miller.

Sometimes reform calls for radical change especially when dealing with something as complex as capitalism and it is always important to look at the causes of issues that students care about. Panning-Miller said, “so many students are passionate about climate change, I bet just a fraction of them have any sense about how that’s related to capitalism… We will not undo the damage of climate change, unless capitalism is undone.”

Sundin added that “the current system we have right now is oppressive to millions of people throughout the United States, and all over the world because the U.S. is an imperialist power. And I don’t think that the things that the U.S. is doing are okay or acceptable, but I don’t see significant reform.” As Manor put it “Burn it all down.”

They also added that, “It would take six hours to guillotine [the billionaires] all.” Moor replied, “I’m fine with six hours.”

The club hopes to help bring various groups around the school together and by doing so make it a safer space for everyone. “One of the main goals of SMASH is to unite the school,” said Sundin. She knows there are a lot of clubs at South, and she hopes that they will be able to form a coalition and make connections, to be more productive and make greater change.

In addition, Sundin also wants to work with other groups across the Twin Cities, such as the Students for a Democratic Society at the University of Minnesota. Moor added that there are many groups fighting for the same things, and uniting will solidify these movements, “we want to build a united front within our school particularly to unite students in all of these movements… We are fighting for the same things. It absolutely vital that we develop that united front and to develop better consciousness among the students about these issues.”

In an effort to start this coalition the group reached out to other clubs at South such as Unidos, the Asian Student Association, and the Black Student Union. The BSU responded and the two groups have been working together. They organized a panel with Frank Chapman, a former Black Panther and a Marxist, to discuss the connections between the Black liberation movement and socialism. Chapman’s talk on February 7th drew a large crowd that came to hear him discuss the Black liberation movement and socialism’s inextricable interconnections argued that they are irrevocably interconnected. He also explained the ties between racial capitalism and the prison industrial complex to the prison system. He described his own experiences and offered strategies students could use to fight back. Chapman told his audience, “you have nothing to lose but your chains, and the world to gain.”

SMASH meets on Thursdays from 3:30-4:30 every week with snacks to talk about Marxist theory and to create radical change. Members encourage students to check it out even if they don’t identify as a socialist. Everyone is welcome and any questions people have will be answered. “It’s a learning experience, you get to learn more about what Marxism is, and what it means to be a socialist… It’s also just a really welcoming space, and you can just rant if you want,” Sundin said.