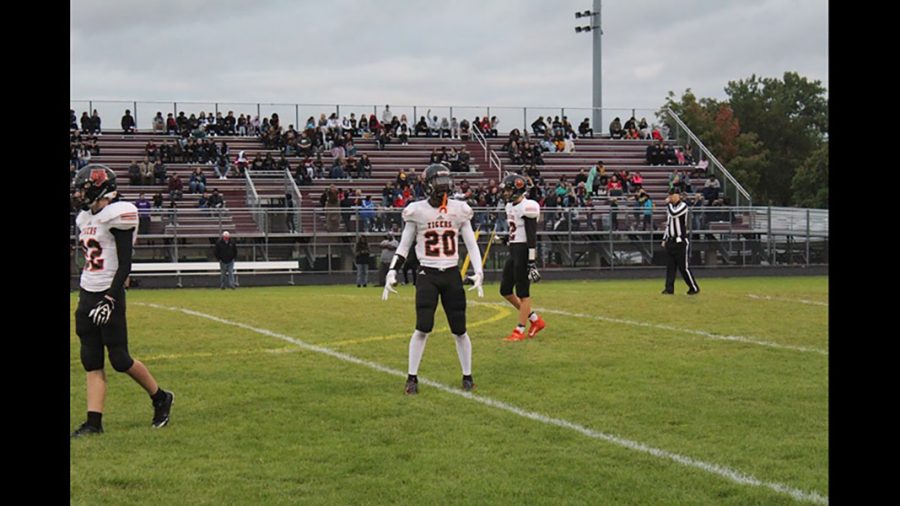 Sylence McKinnie has been playing football since he was three or four years old. He’s been a part of the football team and dance community for all four years of high school.

Football has helped McKinnie a lot at developing his character throughout his time on the team. “I’ve learned to become a young responsible man, learn to have love, to have integrity, and to serve my community,” said McKinnie. He brings a lot of positive energy to football and dance. “I just like to put smiles on faces when I’m here, whether I’m dancing, playing football or in class.”

You might find McKinnie dancing while working out, in class, outside of school, or while working at his job. “Dance is a part of me…I just love being me and doing what I do,” said McKinnie.

McKinnie’s best memory in dance would be The Trndsttrz, (Trend Setters) a group he created with three of his friends. They all performed for the first time at the talent show their freshman year. “That was the best memory because we were brothers and we all had a bond, we knew we could take dance to a whole new level at South,” said McKinnie.

Thanks to all his talent and his hard work at South, McKinnie will be going to college with a full ride dance scholarship, where he will also play football. “I got a lot of work to do, hard work, responsibilities, academically and physically,” said McKinnie.

McKinnie hopes to go big someday, but won’t forget his roots, “I like to be the best… Hopefully I make it somewhere big one day and let [people] know that [Minneapolis] is where I grew up in and this is where I’m from,” said McKinnie.