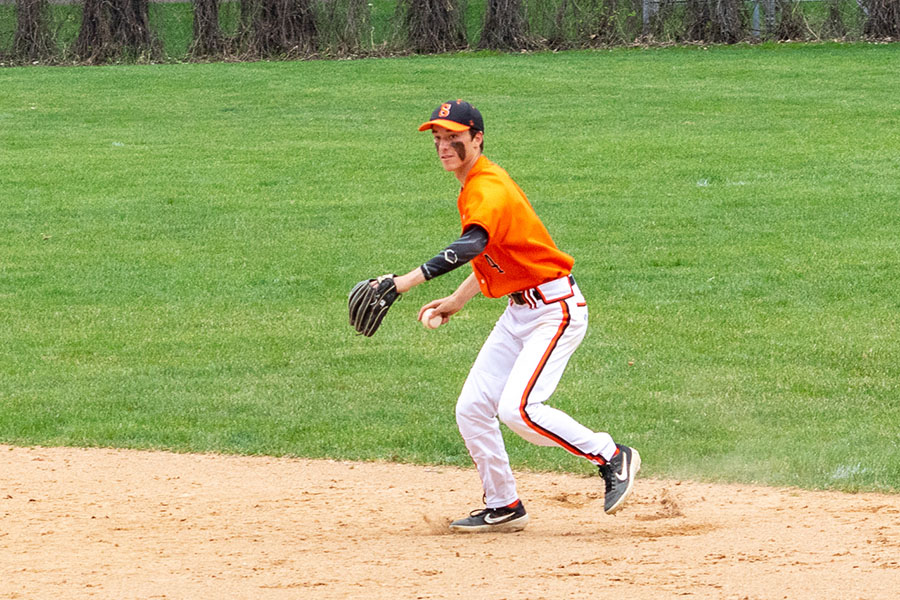 Jack Hennen has been playing baseball and soccer since he was five years old and joined both teams as a freshman.

On South’s varsity baseball team, there are three or four seniors. “I’ve been on varsity all four years, I feel like people look up to me and my two other friends,” said Hennen. This is not the only team Hennen is a leader of though. “Since I’m a senior, I felt like I did lead the [soccer] team a little bit…,” said Hennen.

For Hennen, among many others, this may be the last time he gets to play these sports the same way. “It’s sad because I don’t think I’m going to be able to play soccer again on a team,” said Hennen.

“It will probably hit harder [for baseball] because I’ve been playing baseball longer and I’ve taken baseball more seriously,” said Hennen. “I’ve had great connections and it’s going to be hard to leave my teammates and coach.”

The friends Hennen made along the way are going to be the hardest to leave. “You just make a lot of friends through sports and I think South sports especially because you meet a lot of people you wouldn’t know through just school,” said Hennen.

Hennen has learned a lot from his experience in sports. “I’ve connected sports to my life so I take on problems that I would have in life with a sports mindset like how if I was playing a sport,” said Hennen.

As his last years on his teams come to an end, Hennen hopes to make the most of it. “It’s easy to take the season for granted so I think you should really try to enjoy the season while it lasts because it’s going to be over soon,” said Hennen.