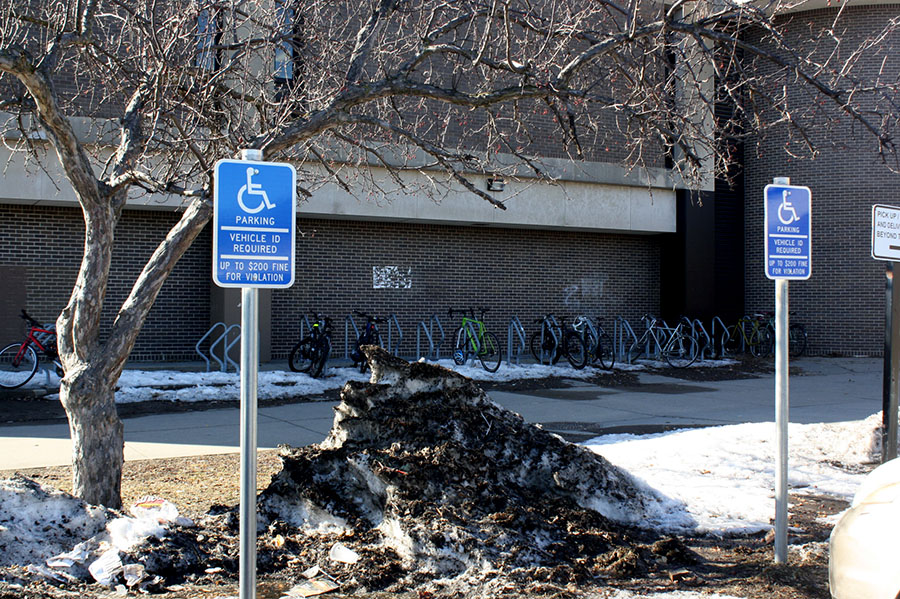 The South adapted soccer team has faced recent injustice, but nobody seems to acknowledge it. Due to snow being plowed into handicapped parking spots, many parents and players are angry because safety became a major issue when trying to get into the gym for their game. Many people are starting to think that this could be a part of a bigger issue, an issue of injustice and unacceptance within the disability community. “I agree that we [South] are really diverse but when it comes to kids with disabilities, we don’t get much of a chance because people use our disabilities against us and say that we can’t do certain stuff because of what we’re able and not able to do,” said Lamawn Saul, a sophomore on the team.

South has an ongoing reputation of being an all-inclusive and diverse school, yet sometimes individuals with disabilities still feel left out. Most people don’t know that adaptive athletics at South has a rich and successful history. Although South does a lot better with embracing diversity than many other schools, there is still a common gap between the disability community that needs attention. Specifically, the adapted soccer team lacks proper recognition and recent issues the team has been facing have gone unnoticed by the community.

Many players and referees had a lot of trouble attending an adapted soccer game at South on January 27th due to safety issues. The snowplows had plowed snow into the handicapped parking spots, forcing opposing busses and parents to park far from the building. Without proper parking, it was very difficult for players, referees, and parents, many of whom use wheelchairs, to even get into the gym.

Head coach Angie Powell has been coaching the team for 2 years, and this was the first time that safety has been such a big issue. “They were allowed to play, it just makes it difficult for parking and for the busses to pull in and get the chairlifts down,” said Powell. “I think everybody worries about safety… When you have to unload it’s nice to be closer to the building. Some of the kids in wheelchairs are pushing themselves through snow, so if they have to park far away it makes it even more complicated,” Powell also said.

Many parents were very concerned regarding the safety of the players and even the referees. “Two of the referees are in wheelchairs and the other teams are in wheelchairs so it was just an issue with safety,” said Powell. Although it may not have been on purpose, the small act of plowing snow into handicapped parking spots had a big effect on many people. It led some people to think, could all of this be part of a bigger issue regarding the underrecognition of the disability community at South?

Lamawn Saul, a sophomore on the adapted soccer team, agreed that he too, feels left out at times. “I agree that we are really diverse but when it comes to kids with disabilities we don’t get much of a chance because people use our disabilities against us and say that we can’t do certain stuff because of what we’re able and not able to do,” said Saul. Many people are unaware of the fact that many students with special needs feel left out and misunderstood.

One aspect of South that not many people are aware of is how the layout and design of the school is not inclusive and not easily accessible to students in wheelchairs or with physical disabilities. “The building may not have been built with universal design so therefore it makes it more difficult for kids with mobility issues to get around the building,” said Powell.

This is an issue that needs attention and action from South administration and the community. Students in the special needs program are just like other students at South and deserve to be treated with respect and. “Just give us a chance to prove what we’re worth,” said Saul. Jolanda Lewis, another player on the team said, “They [students with disabilities] feel like no one is there for them and they feel left out. If you help them, they can feel welcome. Also, be nice to them and not mean to them.”