Soccer Captain has quiet personality, but a lot to show 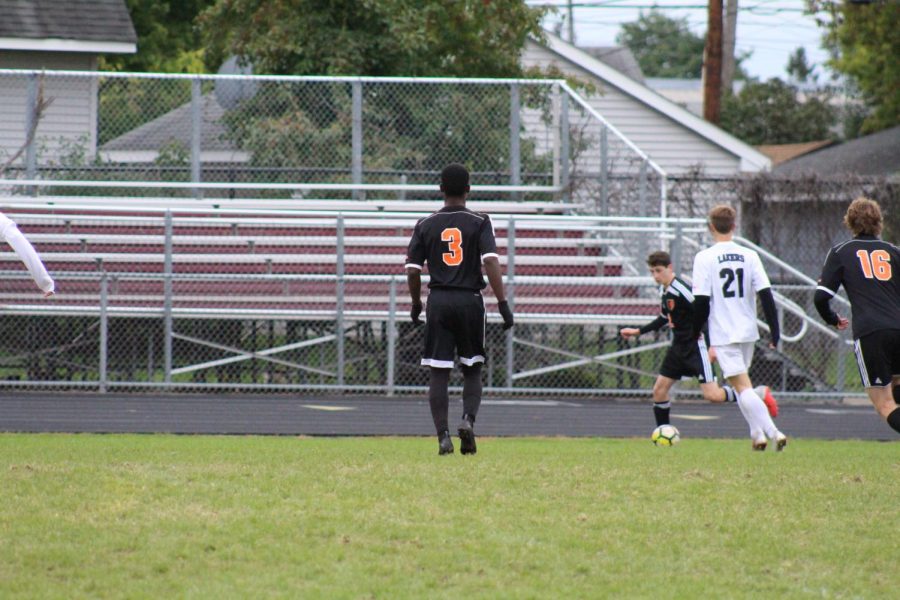 Captain Sam Kendrick in a game against Southwest on Super Soccer Saturday. Head Coach Derric Johnson finds Kendrick’s cosmopolitan travels as a unique strength he has on the team. Johnson said “I think that [his traveling and experiences] do play into it.” Photo: Spencer Kimball

Sam Kendrick, one of the captains of the soccer team here at South, has a very unique and interesting story and is also one of the most influential players on the team. He was born in Ethiopia and travels back every summer. He said this travel has made him a better player because it has given him a much more full view of the world, saying it is “very different there.” He went on to say this travel “gives me a more full view [of the world]”, and improved his playing in this way. This season is Kendrick’s 3rd on the team, and his first as a co-captain. Kendrick has been playing varsity soccer for all 3 years, which is very out of the ordinary considering that most players do not play at this level until they are upperclassmen.

Kendrick’s demeanor as described by his coach and teammates is “quiet”. However, his head coach, Derric Johnson, went on to say he is a leader and leads by example. Johnson finds Kendrick’s cosmopolitan travels as a unique strength he has on the team. Johnson said “I think that [his traveling and experiences] do play into it.” This outside perspective shows Kendrick’s strong leadership qualities, because even though he is quiet, his expertise still makes itself clear.

Kendrick’s skill is also a great asset. Kutty said that “playing with Sam can be frustrating, as you routinely see him casually pull off a twist or turn you could only dream of.” This exemplifies the impact of Kendrick’s experience on the team and how he is known for skill and leadership abilities.

Others have much to say about Kendrick, but he has own perspective on his life. He says that his experiences and travel have made him a better player, saying “It [traveling] gives me a better understanding of the game.” This seems to have rubbed off on the rest of the team, as he is known as a positive team player on the soccer team.

All in all, Kendrick’s presence on the team seems to motivate and inspire other players, as well as unite the team. Many players on the South team are not from America, which represents South’s population as a whole. Often times, these perspectives are not seen on South’s sports teams or are underrepresented. Kendrick’s leadership role in the team not only strengthens the team in terms of the game, but also in terms of being culturally united while still diverse and unique.