New Moves; The old all female gym method is put to new use 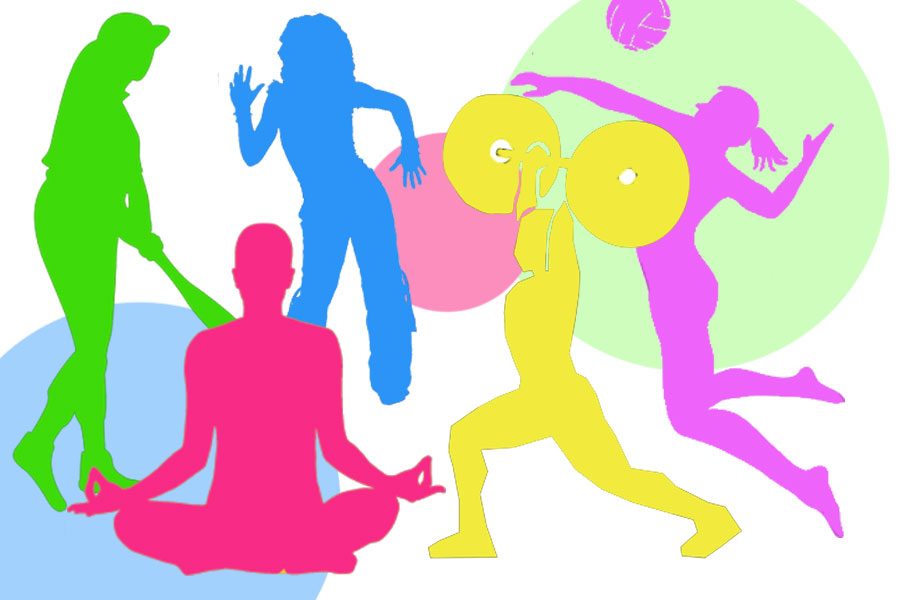 It has been around a century since physical education had stopped being segregated by gender. However this old way of teaching has been brought back into consideration to a certain extent. Over the years it has become more apparent that there is a lack of participation from women in gym class. The physical education department of South High school has recognized this issue within the gym classes and will be taking action by offering a female and female identifying gym option next year called New Moves.

New Moves is meant to give female and female identifying students an environment where they feel more comfortable to participate in. The class will be following a curriculum that is more adapt to what the students would like to learn. “We’ll allow the people that are in that class to also help decide what direction they want to go,” said current South physical education teacher and future New Moves teacher Jennifer Lucke.

The top most recommended activities were self-defence, yoga, zumba, and rugby. All surveyed students mentioned strength training which would involve learning more about the weight room, types of lifts, and proper techniques.

For health and wellness topics the majority of surveyed students wanted to learn more about nutrition, sports nutrition, healthy eating, eating disorders, and how to stay maintain physical activity while on their period.

The surveyed students also mentioned various health topics around mental and emotional health such as building self confidence for exercising, meditation, and other mindfulness practices.

There will continue to be some form of fitness testing in New Moves, however Lucke explains that it’s “Just so people in the class can see progress over time. That’s the goal.”

Elly Luknic is a junior at South who doesn’t think of herself as a rather sporty person. Luknic prefers to avoid gym as much as possible because of the unfriendly environment the class gives off. “I get really anxious about failing because I feel like men in particular would laugh or [say] that thing like ‘You throw like a girl’ or whatever. Like the worst thing that you could be is female or feminine.”

Even some females that do participate in gym share similar feeling to Luknic’s, like junior Sydney Miller who said that “Sometimes dudes take gym too seriously for my taste and I don’t experience that as much with women. I think that women can still be competitive, [but] sometimes when I mess up I feel like the attention is drawn on me, because I’m a girl and that part is uncomfortable.”

Miller is also involved with the Twin Cities Girls Lifting Club. Miller says that from her experience in the club she has noticed women tend to makes sports more oriented around community building and strength building whereas men tend to take the whole sport more competitively causing them to be more judgemental. “Sometimes they just take it too much as ‘I’m better than you,’ [rather] than ‘You can be this good too,’” said Miller.

Emnalise DeBlieck signed up for New Moves next year because she believes that “it’s just going to [have] a different energy in the gym class and you can be more open about things.” DeBlieck also thinks that the class “is going to be more fun… because you’re with all girls and just [have] no pressure.”

A study recorded by the US National Library of Medicine National Institutes of Health called ‘Promotion of Physical Activity Among High-School Girls: A Randomized Controlled Trial’, states that “many adolescent girls fail to meet national guidelines for physical activity, and the prevalence of obesity is increasing among this group.”

The study was conducted by observing and collecting data from 24 high schools gym classes. Half of the schools used a intervention program that was focused on increasing the support for females in gym and have activities designed to increase female participation. The other schools stayed to their typical physical education class. The study results showed that, “47% of girls in the intervention schools and 36% of girls in the control schools [were] meeting the vigorous physical activity standard.”

Lucke explained that this idea was not new and says that there are other schools that have also been considering and reinforcing the idea. “Providing an alternative space where people can feel comfortable exercising, because it’s very important for your health,… [then] if we can offer that space for young people to find the skills so they can be successful and they carry it with them. Then hopefully they have full confidence to participate in [physical activity in] front of other people,” said Lucke.

New Moves has already gotten around thirty students to sign up for it next year. “It’s a really good idea and I’m really appreciative that they thought of something like that, because I think that will be really good for a lot of females,” said DeBlieck.