From making the shots to calling them: Lindsay Whalen’s new coaching position 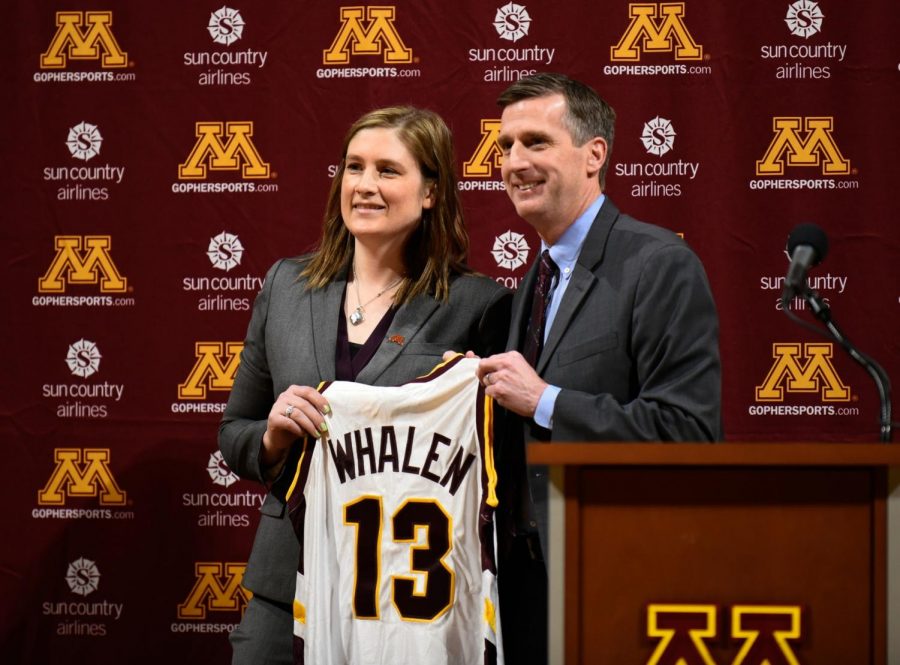 It was announced on April 12th 2018 that Lindsay Whalen, current Minnesota Lynx player, will continue her basketball career by becoming the new coach of the University of Minnesota women’s basketball team. Along with her role as new Gopher coach, Whalen will also continue to play for the Lynx. It is very uncommon to see someone choose to continue playing and coaching at the same time.

Whalen has been playing in the Women’s National Basketball Association (WNBA) since 2004. She began playing basketball in high school, continued on into college at the University of Minnesota and began her professional basketball career after she graduated in 2005. Beginning her career with the Connecticut Sun, Whalen was later traded to the Lynx in 2010 and has held her position as point guard ever since. Besides winning WNBA, World, and Olympic titles.

Whalen has been a great model for young athletes and many are excited to see her take on her new position as coach along with player. Junior and varsity basketball player Marcus Acha said, “I’m really excited. She was part of the team that went to the final four so it’s really cool that they’re going back to somebody who set a foundation for the program.”

Although Whalen has no official coaching experience, she has been a professional player in the WNBA for 14 years while the University of Minnesota job posting only required five years. “I know she has a great mindset about the game so I believe she can do it,” said Acha.

While many (including Whalen) are excited to see her take over the Minnesota team, others are very wary of her decision to continue playing while coaching. Many are scared her attention will be too divided to be successful in either coaching or her own playing. “I don’t know how she’s going to have time for all of that,” said Junior and former basketball player Claire Bentfield. “She’s going to have to decide whether she’s going to do one thing or the other… It’s like how during high school season, you’re not allowed to play club ball, it all stops because you have to dedicate all your time and energy to just high school season.” Senior and varsity basketball player Kaila Abraham also has concerns about Whalen focusing more on one of her commitments than the other. “I feel like she might be putting herself before other people. She might think ‘I’m a coach so I can do this’.”

South volleyball coach Tori Tomlinson said, “I think it would be very difficult to play and coach at the same time…You would have to make sure your practice and game schedules didn’t overlap, and also make sure you had time to do the outside things required of an athlete and of a coach as well as just living a normal life… That being said, getting to the level of professional athlete definitely requires a mastery of time management that *most* people can’t do, so she is probably better prepared than I would ever be.”

Whalen has been a great role model for many South players and coaches. “I really look up to her, she’s a great basketball player and she really knows her stuff…She’s always been a hard worker. She makes a goal and continues with it.” said Acha. Claire shared many examples of role models she’s had in sports at South and explained why they are so influential. “It’s important to have role models so you know how to be a good person, how to do what you want to do, and how to get where you want to be.” Acha continued, “I like to see other people succeed because when I see other people succeed it puts that drive in me to get better to try to get to their level.”