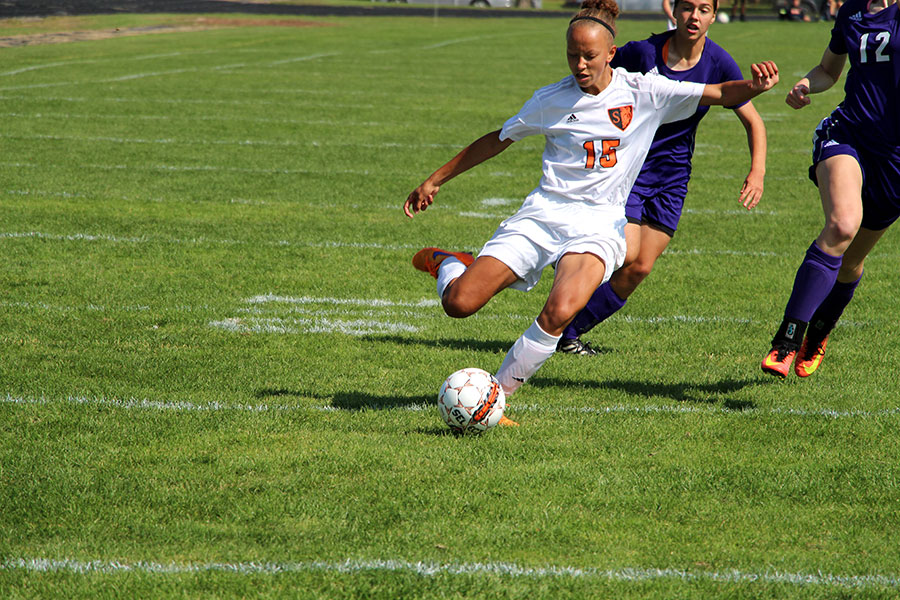 Sophomore and Varsity player Claire Jensen passing the ball to her teammate. The team faced some losses, but maintain hope nonetheless: “I think we’ve been playing well even though we haven’t won,” said freshmen JV player Mia Frober.