Concussion awareness still has room to grow at South 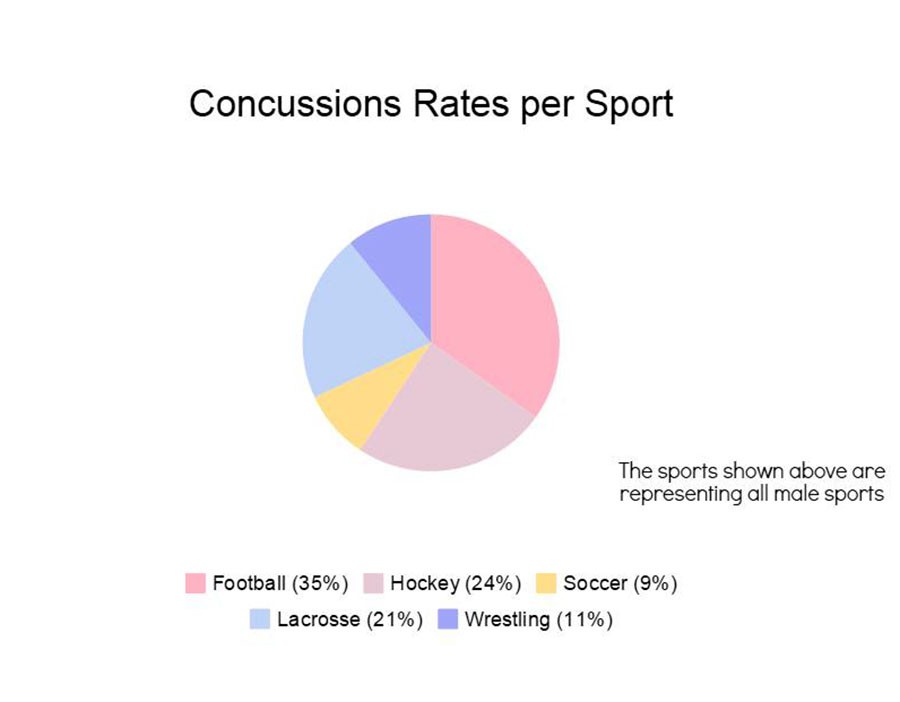 According to the Head Case Company, the numbers above represent the amount of sports related concussions that occur during 100,000 athletic exposures.

Understanding around concussions has grown increasingly over recent years, but there is still confusion among South athletes.

Nearly half of all sports related concussions occur in high school football. With football being the most popular high school sport, there is growing concern about the impact of head injuries. How do these injuries affect players at South?

“You’re not supposed to say anything to the trainer. If you say your head hurts you’ll be taken out the game right away,” said senior Elerson Smith. “If it was me, I would say my leg hurt and I would sit out.”
When a player gets a concussion, it is crucial that they be immediately removed from the game so no more damage can be done. If players are not being treated for concussions and continue to play, it becomes more dangerous and more likely for players to get more serious head injuries.

Concussions have a number of damaging affects on the brain. When a person receives a concussion, common symptoms such as nausea, headaches, and fatigue, usually appear immediately. Emotional and mental symptoms don’t appear until much later, sometimes days or weeks after the event. These can include lost memories, trouble seeing, irritability, loss of appetite, personality changes, and depression.

In some extreme cases, concussions can lead to suicide. Dave Duerson, a famous NFL player for the Chicago Bears, is an example of how serious the effects on the brain can be. In 2011, Duerson shot himself in the chest in his Miami home. In his suicide note he requested that his brain be donated to science so others can understand how concussions can build up to serious brain impairment.

Varsity football coach Leonard Sedlock believes there has been major change about the way the public views football, due to education around these injuries. “Back when I played you would say ‘Oh I got a headache’ and [the coaches] would tell you to suck it up, but now if you say you have a headache, you’re done. You’re out of the game.” Coaches are required to take online tests and learn about concussions, but are players getting the same education?

“We are informed on how to tackle correctly to not give anyone a concussion,” said Smith, but he feels that in general the team is not taught enough about concussions.