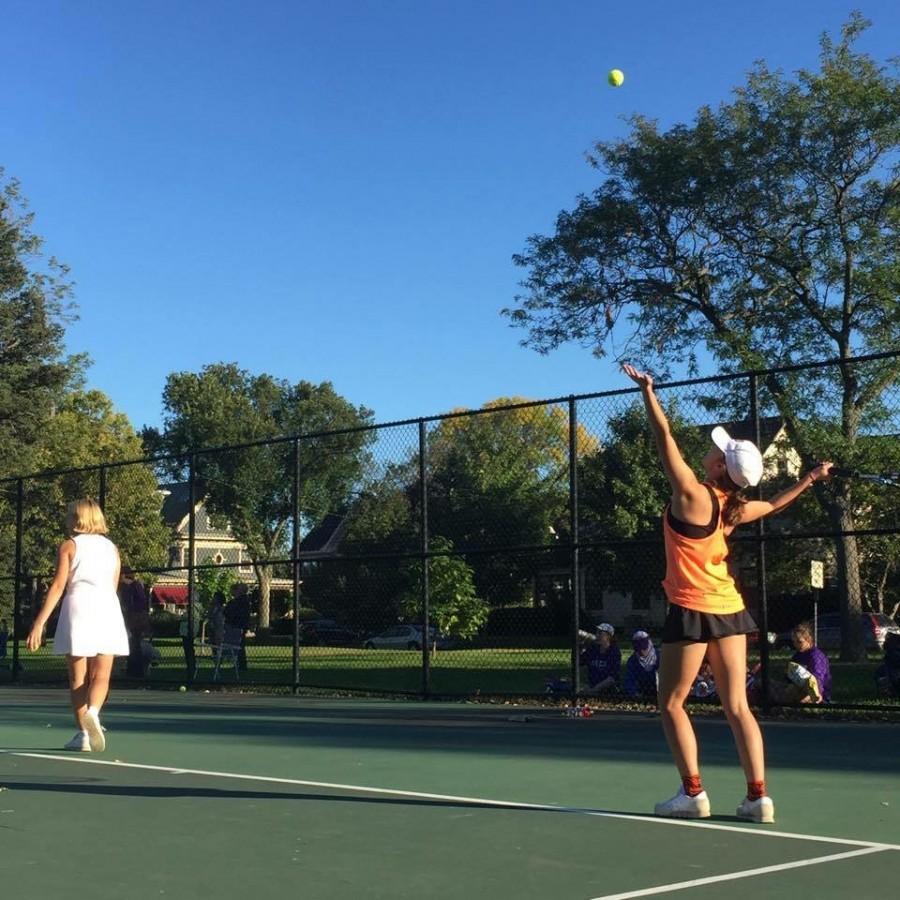 Kyra Nelson serves first in the game, playing a double with Stella Clark against Southwest.

The women’s varsity tennis team lost to Southwest in an intense match on September 30th. This event, although insignificant to South’s placement, enabled Southwest to win their conference and advance to State.

Previously this season, South has won against Roosevelt, Patrick Henry and Columbia Heights, but lost their conference game.

The games were played in Powderhorn Park. Although the majority of the crowd was Southwest parents, the South crowd featured principal Ray Aponte’s enthusiasm. The weather was sunny and chilly, but that didn’t dim the excitement.

Although defeated, the team was able to stay positive and spirited. “Even though we lost, it was a good learning experience,” Emily Weepie, a sophomore in varsity tennis stated.

She went on to explain what she enjoys in tennis: “It’s a really individual sport, it’s a really mental sport…you have to have good reflexes and also know where to hit and where your opponent will be moving to.”

Next Wednesday South will play in team sectionals. Later on, they will compete in individual sectionals where athletes can move up in match levels.