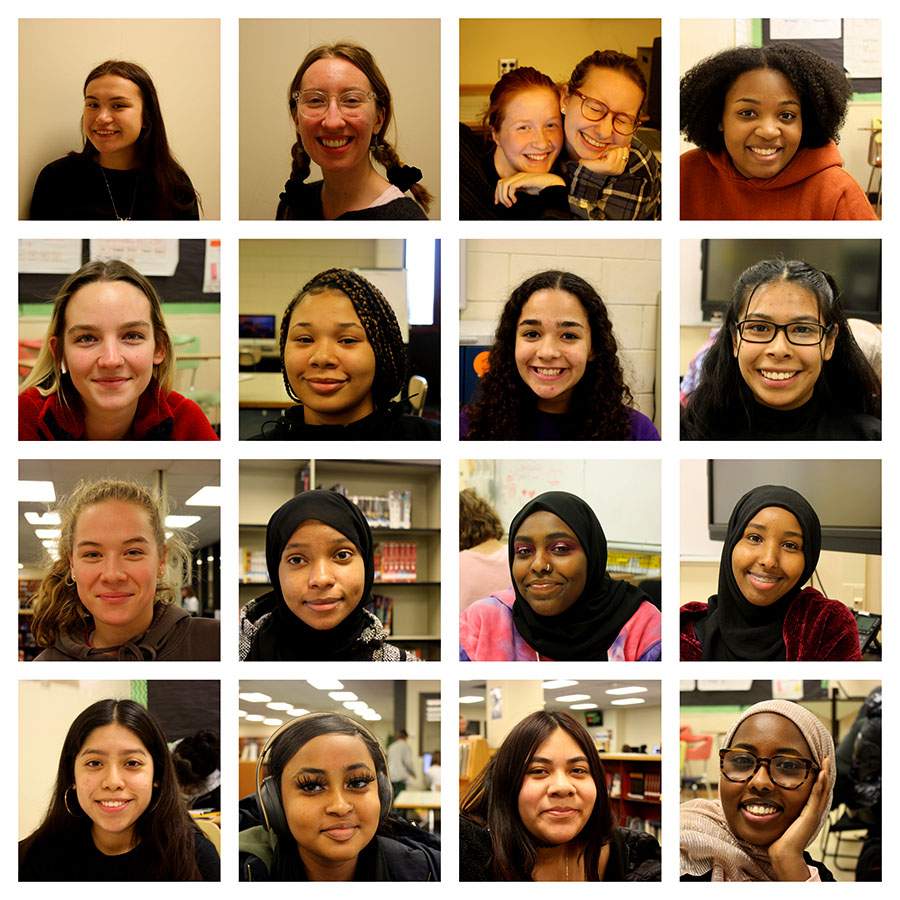 I spent hours over winter break scrolling meaninglessly through my For You page on TikTok when I noticed a new trend evolved on the app that was well needed. A trend calling out mostly high school and college age boys who duetted girls videos trolling them for doing normal things or just expressing themselves.

I spent hours over winter break scrolling meaninglessly through my For You page on TikTok when I noticed a new trend evolved on the app that was well needed. A trend calling out mostly high school and college age boys who duetted girls videos trolling them for doing normal things or just expressing themselves. Captions read “Day 3 of duetting people who just hate teenage girls” and “duetting people who won’t let teenage girls do anything.” On TikTok, users are given the option to film a side-by-side response video to an original video called a “duet”. There is a culture of hating on teenage girls whether the criticism comes from adults, young men, or even young women. It’s a concept of teenage girls interests being shallow, basic, and only for the interest of guys.

It is not something that we talk about often but it is felt by most of my fellow teen girls. Ironically when I pose the discussion of why we have this culture, teenage boys seem to not recognize it and laugh at it. Whether a girl is interested in pop music or alternative music they face criticism for their music choices. It doesn’t matter if someone knows every song by some niche group or they listen to Ariana Grande religiously, they still are questioned if their interests are “real” or just to impress men. “I know what I am talking about, it’s a genre I listen to every day. I listen to artists like Brockhampton, Frank Ocean, Ryan Beatty. It sucks that they [young white men] think it’s not real but I also don’t care,” Jordan Dotson said in response to how some men have questioned if she “really” listens to these artists beyond their hits.

In middle school I was obsessed with 5 Seconds of Summer and a lot of people made fun of me for it (rightfully so because I was creepily obsessed) but when I talked about my favorite band I was told they weren’t a “real band.” What does it mean to be a real band? Even if they didn’t play their own instruments they’d be a “real band.” I was also a fan of One Direction and am currently listening to Harry Styles’ albums on repeat but just like when I was 12, people like to joke about it. I remember in 5th grade I refused to listen to One Direction because it wasn’t cool but at my school’s fair I won a poster and of all the options, I chose the 1D poster.

Sophomore Sequoiah Thunder is a fan of various artists from Shawn Mendes and Justin Bieber to J. Cole. “A lot of people tend to make fun of it [pop music] just because it’s popular, especially after Justin Bieber’s ‘Baby’,” she said. “People don’t actually listen to his music, he’s just trendy to hate on,” she continued. The artists that have mostly young female fan bases are the ones that tend to get made fun of the most. I have encountered so many guys who refuse to even hear a song by Harry Styles without giving an actual reason.

The stigma surrounding boy bands has been around for decades. When the Beatles first rose in popularity their fans were largely female. In a Varsity article, Sarah Wilson said “their music moved from being considered “silly”, that is, music for women, to being artistically significant and intelligent, and thus for the consumption of men.” Now both women and girls my age are questioned on if they know every Beatles song or if they only listen because the Beatles are “trendy,” an ironic statement about the population that can be credited for the Beatles popularity.

There is a fear of not liking “girly” things from a young age. In elementary school girls would avoid the color pink like the plague because society labeled it feminine. In middle school girls were teased over liking Justin Bieber and boy bands which caused a lot of people to deny their interest in pop artists. Because society has taught everyone regardless of gender that femininity is “weak” and “shameful”, we have perpetuated our internalized misogyny onto fellow teenage girls. ¨I’m not like other girls” is a statement that is used to separate girls from one another. What does it mean to “not be like other girls”? What are “other girls”?

With our internalized misogyny, we catch ourselves judging other girls. Here’s a snippet of a conversation between two of my sources: “Even I will bash other girls for doing TikTok,” said one girl. “And then I think about it, why am I doing that?” the second continued. “Some of them are stupid, some of them are hilarious,” the first girl concluded. Hating on teenage girls isn’t just done by guys, it has been conditioned into all of us.

It’s not just music where girls face questions on the validity of their interests. Ellie McDonald, a senior who’s a fan of the WNBA said “whenever women show interest in anything ‘masculine’ they are automatically quizzed on it.” As a fan of basketball she’s questioned on players and teams because the assumption is that she watches the NBA. “When they find out I watch the WNBA they lose interest in the conversation,” she said. McDonald told a story about how she was talking to a male friend about the WNBA while at a South Women’s game and he explained to her and a friend, who didn’t have the same knowledge of women’s basketball, about Taylor Hill’s career despite the fact that she had said that she knew about Hill. “I keep up with the WNBA and know all about it.” she said.

This weekend I’ll find myself, once again, scrolling through my For You page reading comments from young men saying “this is why I don’t want a daughter,” how girls can’t play sports, and “f in women stands for funny”. I’ll find myself unable to escape the constant sexism teenage girls face both on and offline. Our likes and interests being constantly made fun of. For my fellow teenage girls: don’t be afraid to like what you like despite the jokes that people will make.