Many teachers are underpaid, and this needs to change 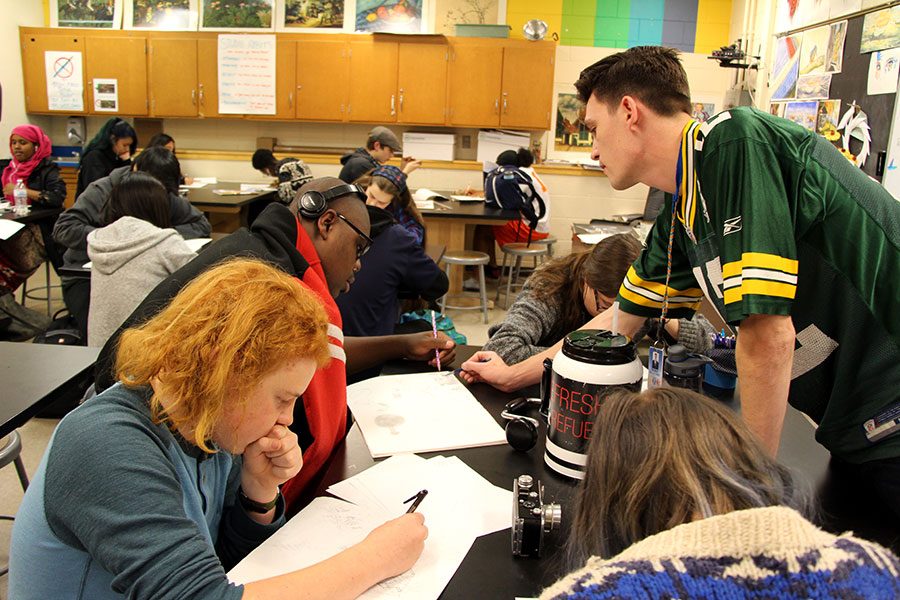 Thomas Willicombe enjoys teaching his art class, but it’s hard for him not to worry about money. “I think that anything that helps the teachers not have to worry [about money] as much either that’s going to translate to the students.”

The topic of teacher pay is something that is very controversial in the United States. In my opinion, increasing teachers’ salaries is an issue that needs to be acknowledged more. Thomas Willicombe, a South High art teacher, said “[When] you look back on all the things that really helped shape you… much of that came from high school teachers.”

New America’s Education Policy even states that the large contribution of property tax funding “can often mean that children that live in low-income communities with the highest needs go to schools with the least resources, the least qualified teachers, and substandard school facilities.”

The constitution requires that all students have the right to a free public education and equal educational opportunity no matter who they are. This school year around 50.7 million students will go to US public schools, according to the National Center for Education Statistics. Knowing that some of those students will have the “least resources, the least qualified teachers, and substandard school facilities.” is unjust. Especially when it comes to “least qualified teachers.”

Benjamin Pierson, a second year Humanities teacher at South High, explained how the public does not get to influence teachers’ salaries. “I think that it is really interesting that… society sort of says that this is what an acceptable range for teaching is.”

Being a teacher is a difficult job. Michelle Ockman is a ninth and tenth grade English teacher at South High and has been teaching for almost seventeen years. She explained that she feels as though she does more work than she gets paid for. For example, teachers plan their lessons over the summer, evaluate and give feedback for student’s school work, help students after school, try to meet the individual needs of every student, and much more.

“I think good teachers, that’s what they do, because they want to be good at it.” said Ockman. “It takes time and you just don’t have it… Even when you work your hardest sometimes that’s not enough.”

Ockman is a mother of two high school children and has a second job as a tutor. She explained how after teaching all day then going to tutor can be “exhausting”, and trying to pay for all of her needs and her childrens’ can be a lot of work. She said that “I think if you want to have a family it’s tough it take care of everybody on a teacher’s salary by yourself.” She continued by explaining how if her salary is cut she may have to find another job.

Willicombe said that “Low wages can be a deterrent for potential teachers entering the field. They can be scared away because of how hard it is to make a living with the current pay.” He also stated in an email that to save the money not as many teachers are hired, so classroom sizes are continuing to grow. “It puts more strain on us [teachers]. I think this is a bigger issue than more prep time, or time for collaboration, because it affects us daily.”

“I don’t think teachers are paid a salary that shows a high respect for education,” Ockman said. But nonetheless she thinks teachers continue to teach because “being a teacher I think takes something special… people do it because they love it… they love to share knowledge with kids, and be with kids, and build relationships.”

Teachers play a large role in every society, however in the United States the value of a teacher seems to be disregarded. With higher pay more people might see teaching as an aspirational career, like medical and law fields. It may give every student the right to an equal education. With increase in teacher pay the people that have dedicated their lives to educating the future generation will be able to continue doing what they love with the feeling that they are respected, supported, and appreciated in society.