Casual discussion of eating disorders tendencies can be harmful 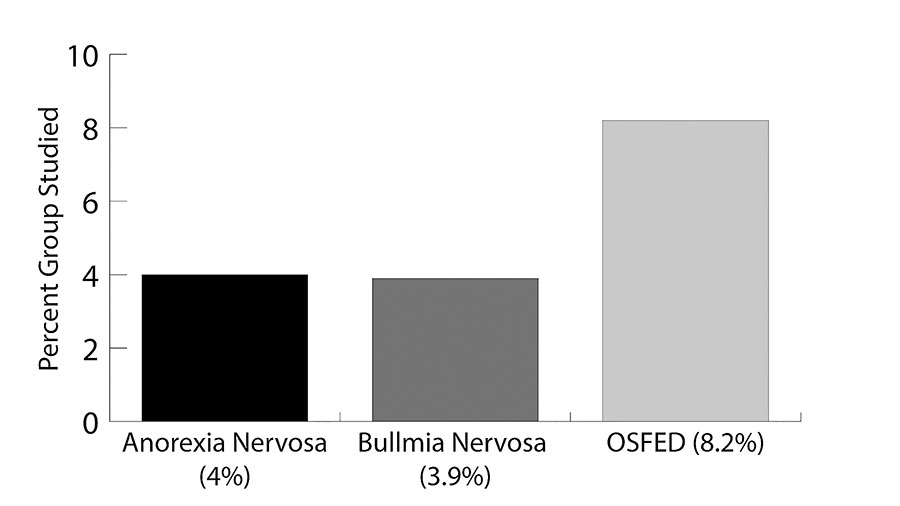 According to the NEDA, the date displayed represents the mortality rates in the study done by the NEDA. Graphic: Eli Shimanski

*All statistics and facts are according to ANAD, the National Association of Anorexia Nervosa and Associated Disorders.

It’s easy to normalize things. With casual repetition, you create habits and routines. But how often do we focus on just how these habits negatively affect others?

In the perspective of South high, the process of normalization almost always begins in the lunchroom. Casual conversations about many things fill the air including food. The conversation topic that commonly dominates the cafeteria is talking about food negatively.

We casually make comments like “the amount of carbs in this is disgusting” or we talk about how the food is “gross.” We talk about dieting. We talk about skipping meals, counting calories, and how we need to earn what we eat by exercising. We talk about “good” (foods that we deem as healthy and acceptable to eat) and “bad” (food that is processed, and typically called unhealthy)food. We normalize these comments, and they appear in our lunchroom conversations so much to the point where we forget the consequences of these food discussions.

“I think that we constantly normalize having eating problems. I think that it just allows people who don’t and have never had problems with food to romanticize eating disorders on a personal level. They don’t realize how it harms people by further ingraining that it is okay to skip meals, purge, binge and count calories.” says an anonymous source at South High.

Eating disorders are intensely romanticized by popular TV, movies, and social media. This enables people to continuously talk about eating disorder tendencies and see these tendencies in action without raising concern. We view these things as normal. This is deadly.

Blair Waldorf in Gossip Girl starts out the show with Bulimia, and after a few episodes in the first season, in the six season run the show had, her eating disorder tendencies were never mentioned again.

Often times, people don’t notice these conversations until they themselves are being affected by them. These negative statements about eating habits and food consumption don’t stick out.

“ I get nervous for other people talking about it because I know how quickly it can turn into something more serious.” says senior Tova Breen. Breen herself has struggled with body image and an eating disorder that stemmed from her involvement in ballet at a young age.

“They would weigh us once a week. I was in 6th grade. They would announce it in front of everyone. They gave us meal plans which never had more that 1000 calories a day, which is not at all enough for an active teenager. They also would never refrain from commenting on our bodies and comparing us to each other and telling us to be more like different students.” Breen went on to say.

This pressure to be better and compare yourself to others is almost always present in a majority of spaces, especially high school. We are easily influenced by other people’s remarks, and it’s very easy to let those statements control you.

“That’s actually how I started not eating. When I was in the third grade, I started needing to get school lunch everyday and all of my friends called the food gross. It made me feel gross. Ever since I can remember school food was gross and made it clear you are poor,” said an anonymous source at South.

This issue of enabling and triggering eating disorder tendencies is one that needs to be met with urgency. By not addressing how we speak about food, we will continue to disrupt the lives of those who are struggling and living with an eating disorder.

The National Eating Disorder Association Helpline is available Monday-Thursday from 9AM to 9PM , and Friday from 9AM to 5PM.  Contact the Helpline for support, resources and treatment options.