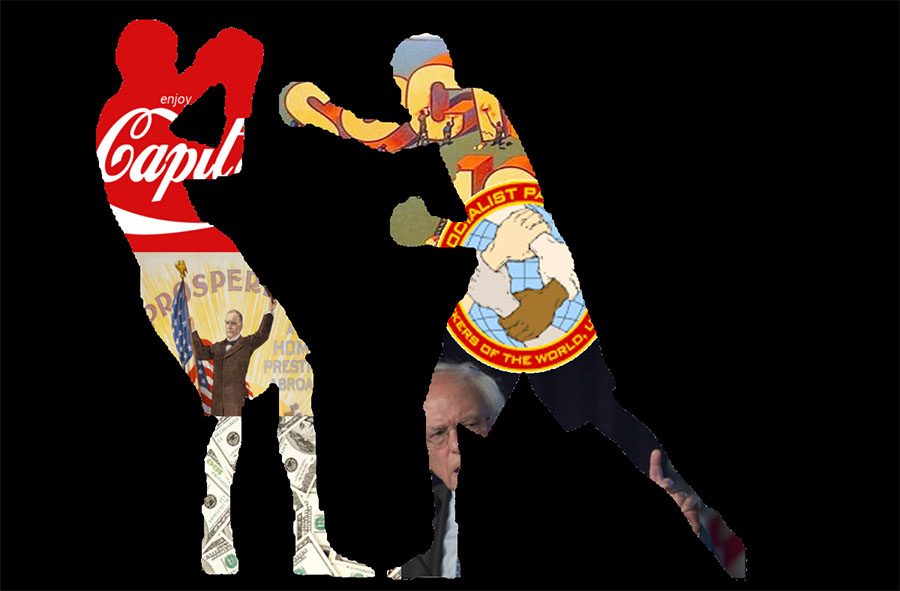 This article is part of a point-counterpoint. The link to the counterpoint on socialism is here.

In modern day society, Capitalism will always trump Socialism. Capitalism is based on private production and personal economic freedom. The driving forces are free competition and supply and demand. In a Socialist society, wealth is distributed evenly. This eliminates all the personal freedoms that serve as a driving force for a Capitalist economy.
For America, competition is vital. Teacher John Rozeboom, who used to teach a class at South on entrepreneurship said,“Competition is amazing, if the competition is product for product, quality for quality.”Competition promotes growth. In an economy like ours, whoever improves the fastest in an industry will sell the most; assuming the improvements are things that the consumer wants to buy. If there is no competition; there’s no reason to improve. If your product will sell the same, why go through the work to make it better? This competitive improvement is why we have advanced technology like phones and computers that we have today.
Capitalism enables people to set high goals for themselves because they will receiving high rewards. Take becoming a doctor for instance: you go to undergraduate school for four years, medical school for four years, then residency, which can last anywhere from 3 years to 6 years depending on your occupation. In total that’s 9-12 years of school (you get paid during residency, but it’s a minimal amount). That’s a lot of work, but it’s worth it because the starting pay for a doctor is very high. “I’m not going to go to school for 12 years to learn to be a doctor if I’m not going to get payed more to be a doctor than if I was a janitor,” said Social Studies teacher Macy Ashby. It simply doesn’t make sense to do that amount of work if you won’t receive any benefit from it.
“People have a mentality today that they deserve something for doing nothing,” said Rozeboom. We think that if we’re not doing anything, we should get food to live, if we’re not working we should get health care. That simply doesn’t make sense. If you’re not being a productive member of society, you’re not contributing to society. For instance, if you have a rat or something of the like staying in your house, you don’t put out food for it so that it can freeload. You don’t have to exterminate the rat, but you’re not going to support it for doing nothing. That’s what having children is for.