Vegetarians frustrated with lack of options 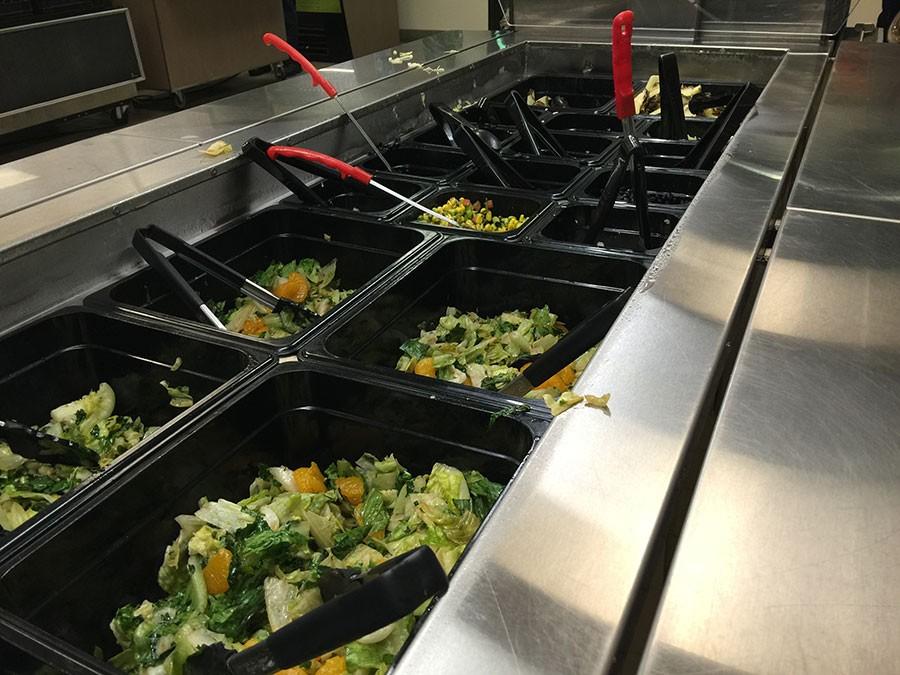 Some vegetarians are forced to load up on salad and vegetables to satisfy their hunger when there are no other options.

Vegetarian students at South are continually frustrated about the lack of options when it come to school lunch; students like Erik Patton, a South High senior. Patton is a proud vegetarian, and has been for 7 years. He says that people think vegetarians will always be okay with just salad, which can be frustrating especially when it comes to other people preparing lunch options for you. “The staff is very accommodating,” he said as he told me about a time when there was nothing for him to eat, and he asked a cook to make something for him, which they did with no trouble. But this shouldn’t be the only way that vegetarian students can get lunch at school. And even when there is something for him to eat he has “been at a loss of words sometimes on how disgusting it is.”

On the other hand, Food Service Coordinator Margaret Weaver says, “What we get is what we have to serve.” This is good, as school lunch meals have to meet federally mandated standards of content, and sourcing that result in generally healthier meals. She says that she definitely notices the lack of options for vegetarians. She says it’s difficult, though, because there are so many more vegetarians at South than other Minneapolis Public Schools where there would be maybe three or four.

Ever since MPS got a new nutrition director, vegetarian options have not been a priority, which is clearly visible in that there are only 6 options for one month of school. But the director is “approachable” says Weaver. Students are encouraged to call the nutrition department with any concerns. Another way to voice your concerns is the MPS Facebook page, where it will reach a broader audience. Weaver also suggests that students are not well informed, and most meals with meat can be requested to be without.

Most students who are getting all up in a knot about this issue and complaining to school staff and taking out their frustration on cooks, need to realize that their rage needs to be taken elsewhere. There are plenty of people in positions of higher authority that have means to deal with this issue, and if people need their problems taken care of, they should consult these people. I will list them below. The school staff work extremely hard, and are kind, approachable human beings. They are not monsters that have robbed you of your vegetarian lunch options, and are not to be treated as such. The problem lies on the grounds of lack of information, and the lack of input provided back to the District.

Some students don’t even realize that the lunch menu isn’t unique to South, it’s the same for every other Minneapolis Public School, and tending to the unique needs of each individual school consumes a lot of time, and money, which MPS is obviously short on. Students also need to realize that vegetarian meals are not commonly consumed among the Minneapolis Public Schools. As Weaver said, there are usually only three or four vegetarians at other schools, and again, what South receives from the district is what they have to serve, just like every other school, even ones with three or four vegetarians.

My point is that the supplies that MPS sends to schools accommodates for a set number of students, which means a set amount of ingredients, which means a set number of meals, and a district mandated amount of vegetarian ones. There is a lack of input about school lunches, and providing input is not as hard as you think it might be. I emailed the Nutrition Center about this article I was writing, and how I wanted information on how meals were selected, implemented, and executed. The next morning, I was greeted by a lovely message inviting me to come to the Nutrition Center and be walked through the whole process; trust me, they would be happy to talk with you and help you out, or at least explain some things.

If you have any concerns about the food service, contact the director of Nutrition Services, Bertrand Weber, at [email protected], or call him at 612-668-2821.