Will Walz rise to the calls for action? 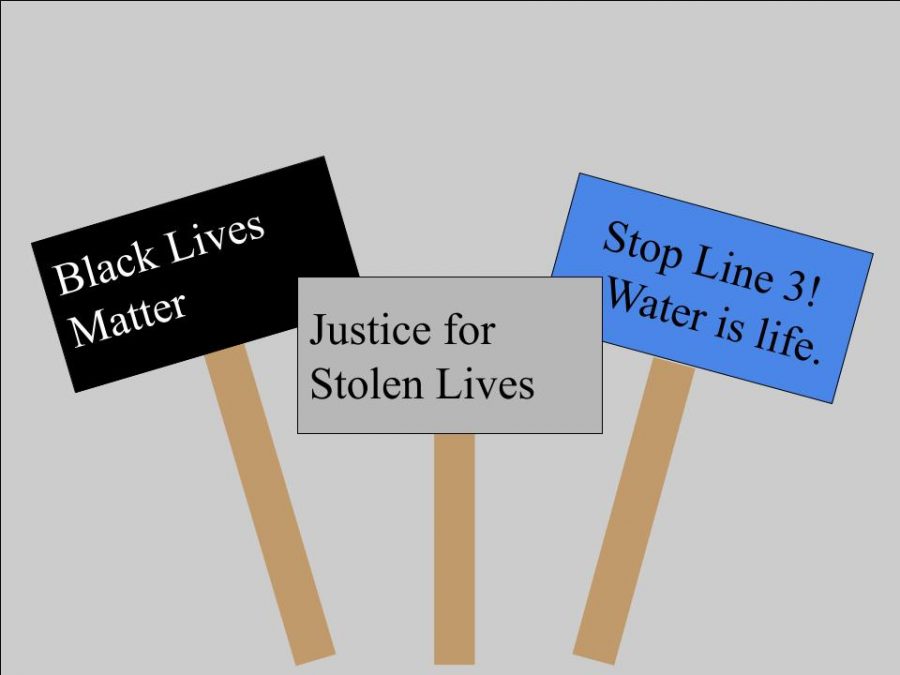 Protestors interrupted Walz’ speech at the U of MN Humphrey School of Public Affairs on February 21st, 2020 due to his lack of action to prosecute police for murdering many individuals throughout his first year in office, and his hesitancy to stop the Line 3 pipeline.

On Friday, February 21st a group of students from the Student Marxist Assembly of South High School (SMASH), along with Twin Cities Coalition for Justice 4 Jamar (TCCJ4J) organizers, UMN students for a Democratic Society (SDS), and other individuals protested Minnesota Governor Tim Walz’ speech at the University of Minnesota.

The event (called Governing Minnesota: Tim Walz on the Past Year and the Road Ahead) was moderated by Pat Kessler of WCCO and Prairie Home Companion, and Walz was supposedly going to speak on the progress of his first year as Governor.

However, many individuals protested the aforementioned event over how Walz has dealt with police brutality and the Line 3 pipeline these past 12 months.

At the beginning of the event, both the groups fighting against police brutality and fighting against Line 3 group attempted to pass out flyers and other literature within the auditorium, but were quickly forced out by cops which brought into question whether this event was a true “discussion” or “forum,” or a controlled positive press opportunity for Walz.

After the event officially began, protestors of police violence stood up and began asking “What [Walz] was going to do about police murders, he wouldn’t give an affirmative answer,” stated Toshira Garraway Allen, a protestor with TCCJ4J and an individual who has experienced police violence firsthand when her son’s father Justin Tiegen was murdered ten years ago by Saint Paul police.

“All of a sudden, [Walz] miraculously…wants to meet with the families [whose loved ones have had their lives stolen] in the back [of the auditorium], but prior to the protest the governor ignored families,” continued Garraway Allen.

Zach Moore, a SMASH member and Junior at South, continued painting the picture of what occured at the event. “After a few moments of [not answering the questions] he fled like a coward, and they sent the cops up to drag us out of the auditorium, we were shouting ‘Black Lives Matter.’”

Multiple minors, family members of victims of police violence, and community members were violently ejected from what the university called an “open forum” and “discussion” by police and UMN staff members.

“Once we were out of the auditorium and in the entrance area, the cops, as they stated later ‘to keep us out of the building,’ targeted a young Black protester, detained and cuffed her and were pulling her out of the building, while we were following them demanding they release her. They threw her in the squad car and refused to release her…they finally released her [later]. She quickly demanded identifying info from every single cop who targeted her. We left then afterwards,” said Moore.

Following the demonstrations, various individuals and groups fighting against the Line 3 pipeline protested the second segment of Walz’ event. “There were Line 3 protestors after us and they were treated much better which they acknowledged was racially based- they were supporting us…they wanted to collaborate,” stated MJ of TCCJ4J.

MJ then highlighted the interconnectedness of the fights against police violence and pipelines. “Line 3 will likely be the next Standing Rock, so there’ll be more police violence.”

Altogether, the multiple protests at Walz’ event were indicative of the underlying unrest that his first year as governor has led to, and carves out two paths for his upcoming time in office: further tumult or action. There will likely be more run-ins between the two protesting camps and Walz’ government in the near future, so keep tuned in.