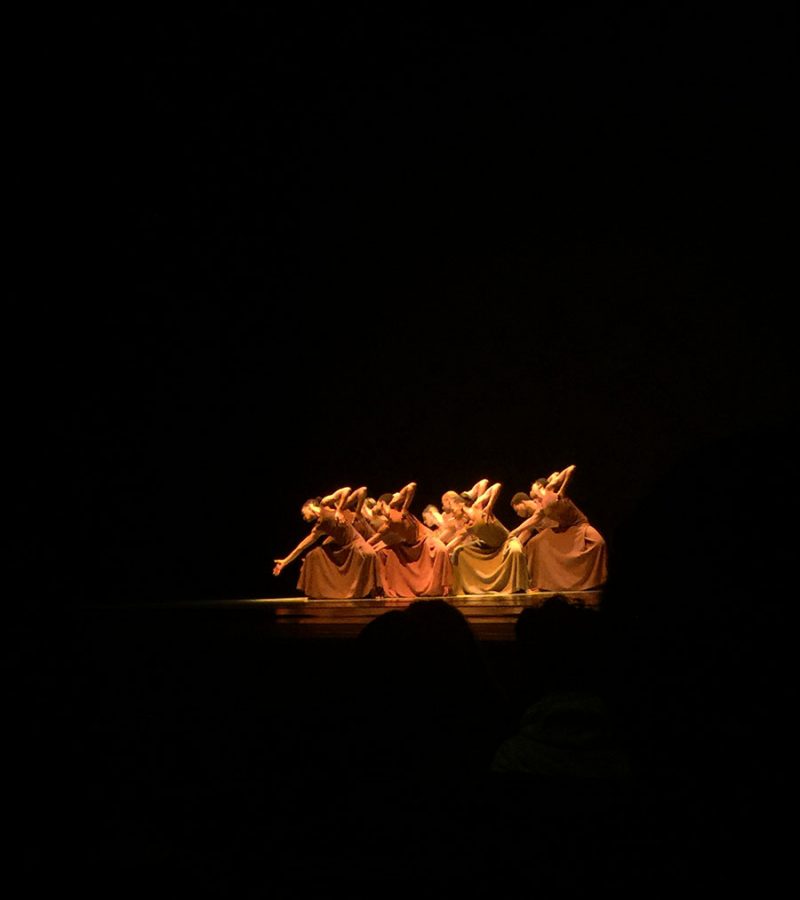 A photo of the Alvin Ailey dance performance. Izzy Spiess, South High sophomore and dance student, describes how they felt about Revelations. “Revelations is about the journey of freed slaves and slavery and early African American history in the United States and so that has a lot to do with what we are learning about right now in history,” said Spiess. “Its culturally relevant right now...seeing people of color in positions of beauty and power and love.”

Many students in South went–some from the dance department because it was a dance performance and relevant to the class in general, and sophomores went because sophomores are taking US history and learning about African American history in particular.

Alvin Ailey American Dance Theater was founded in 1958 by African American choreographer and activist Alvin Ailey. Ailey, being born in 1931, grew up in a time of racial segregation. His experiences during that time inspired a lot of his dances.

“He lived through a lot of wacky stuff and crazy stuff going on and his life was really impacted by his race and how he was viewed by society,” said Izzy Spiess, a sophomore at South. “He put that into his dances and he wanted to show the world that they were beautiful by showing them beautiful things.”

Ailey expressed his past experiences through the dance he choreographed, resulting in a beautiful and touching performance performed by talented performers.

“Specifically the slave spirituals the way that they were put into action through dance was absolutely gorgeous and meaningful and moving and really made you think about the experiences they were talking about,” said South English teacher Michelle Ockman. “Whether [the slave spirituals were about] life, death, or going to see Jesus coming alive…their movements made it very powerful.”

The specific dance performed was called Revelations, with dances to a mixture of jazz, gospel, slave spirituals, and traditional African hymns.

“I thought it was a really beautiful show, the costumes were really cool and the subtle story line was very interesting. It was a fun performance…my favorite part was probably the dance at the beginning where the women had big flowy skirts and it was set to Malian music,” said Freya Hauer, sophomore at South High.

Slave spiritual revelations is believed to be the best known and most often seen modern dance performance in the world and many of the dancers that performed had been a part of the Alvin Ailey American Dance Theater for at least 10 years.

“What [the presenters] mentioned was this dance performance about the slave spirituals revolution…they mentioned…that this was the most performed Black dance in the world…it had been seen by more people than anything else which I thought was really cool,” said Ockman.

“Evaluation is about the journey of freed slaves and slavery and early African American history in the United States and so that has a lot to do with what we are learning about right now in history,” said Spiess. “Its culturally relevant right now…seeing people of color in positions of beauty and power and love.”