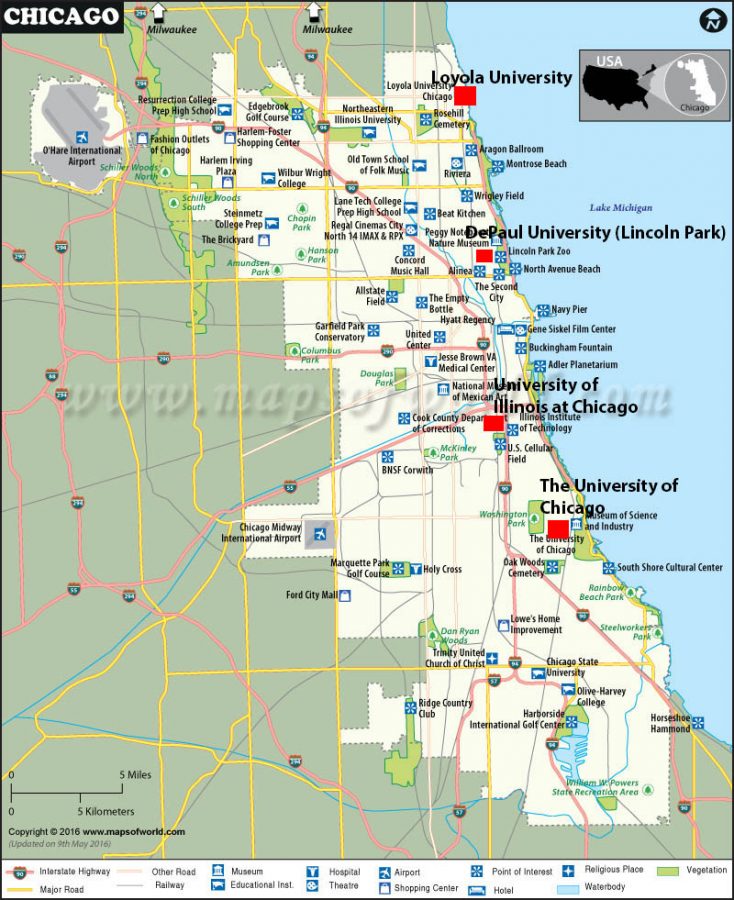 Shown above is a map of the schools within Chicago that students will be visiting. “No complaints, good tour,” said South senior Eoin Irmiter, who went on the trip last year.

This year over spring break, Project Success will be carrying out its yearly trip to Chicago to show students across all Minneapolis public high schools what some of the most well known colleges in Chicago are like.

Students are excited for the trip, and hope it will be informative and interesting with South junior Jude Nair saying “I’m excited to check out some colleges in a new environment.”

This year, South has the most students of any Minneapolis public high school going on the trip. Students will visit a different set of schools depending on the track that they chose.

Students will be staying at Hostelling International Chicago, which is a hostel in Chicago. Nair is hopeful about the accommodations, but doesn’t expect too much, saying “I hope they provide decent services.”

Attending these tours will be nothing new for South students, as many students from South attended last year. Students who attended last year seem to have a lot of good things to say, as well as a couple critiques. Students went to a similar set of schools, but had unique experiences.

South senior Eoin Irmiter attended the trip last year, and had a lot of good things to say about the trip as a whole, as well as some critiques. “The trip last year was an eye opening experience that helped me get into the mindset of thinking about college…it could be improved by designating more free time for students to get a better feel of the city,” explained Irmiter.

In addition to students, facilitators are also preparing for the tours. One facilitator that is going on the trip this year is Annick Dall, a Project Success employee who works a lot with South.

Dall went on the trip last year, and is excited to try and improve it, saying, “I wouldn’t say there are any big changes…every year we just try and get better…we are trying to go a little deeper with exploring neighborhoods that the colleges are in.”

In addition to Dall, a group of other Project Success facilitators go on the tours as chaperones, as well as to help students absorb the information and offer other opportunities outside of the tours.

Last year, the facilitators took a group of students to Millenium Park, as well as other notable places and neighborhoods around Chicago.

The trip not only serves an an exploration of colleges for South students, but as an exploration of being in a new place with a different culture. Dall exemplified the importance of this by saying “…going to school there, you’re a member of that community.”