Improving South’s aesthetic one locker at a time: new renovations to be completed by next fall 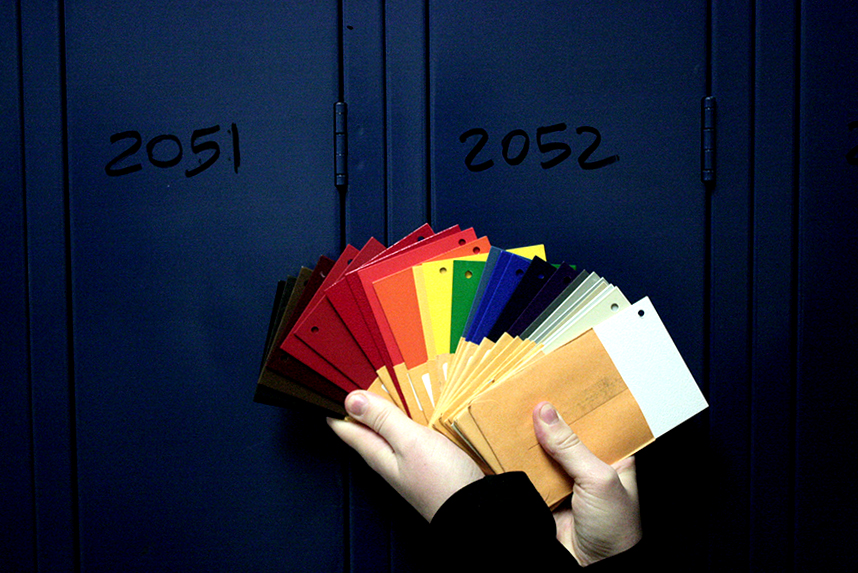 When you walk into South High school the first thing you see is the dim, yellow lighting of the commons and the small beige lockers covering the surrounding hallways. Lucky for the students at South this will all change after the new renovations and improvements are added over the summer. New lighting, bike racks, and lockers are just a few of the advancement projects that are going to be done. Ray Aponte, South principal, wants students of South to decide the color of the new lockers (see below for more details).

Hay Dobbs is an architecture, urban design, planning, and interiors company that is going to help design all the new improvements and installments. The goal is to have all the improvements done during the summer 2019 and ready for the 2019-2020 school year.

“I wanted to talk about improving student life here at South High school. So what I was talking about new lockers and… lights for the cafeteria and better lock system for bikes because we have a lot of bikes stolen,” said Aponte. “Since I’ve been here those three things have come up constantly.”

“I think we want to look at how can we cost effectively make the commons more of a space and really make it the focus of your campus,” said Gary Hay, project architect from Hay Dobbs.

All the money for the new improvements are coming from funding from Minneapolis for Minneapolis Public Schools and is specifically for any schools architecture and maintenance that needs to be improved or renovated.

“In general what happens [is] there is an operation funding for schools but then they have capital improvements that is a seperate pot of money that doesn’t go to textbooks and things like that. It’s really for maintenance and buildings and facilities. So there is a pot of money for that and we are going to get some upgrades,” said Aponte. Operation funding covers expenses that fall under repairs and maintenance, like repairing broken installations, while capital improvements are renovations that increase the value of the property, like adding new lights or solar tubes.

Although the goal is to have all the new installments to be done over the summer break work will continue in the fall and after school hours. “The changes are going to be made in the summer. Usually there is summer school that’s held here…we are not going to do summer school so that we can get these improvements done by next school year,” said Aponte

“[When I came here from Germany] I thought [the lunchroom] was horrible…. I went into the room and I was like ‘wow that’s pretty dark, I think I will get a headache if I was going to be sitting here everyday’… I feel like I’m in prison,” said Julia Biehle a German exchange student at South.

There has also been a recurring problem with the bike racks and bike safety at South.

“In the summer [the bike racks] fill up very quickly and I want to have the option to lock my bike at school to make sure it doesn’t get stolen… I’m glad they are putting in new bike racks,” said Leo Peterson, sophomore at South High School.

Hopefully when students come to South school this upcoming fall they will be greeted with a newly renovated school and student life at South will be more enjoyable.

There will be follow up articles updating everyone on any new information regarding the new improvements at South.

South students! Look for posters around school for instructions on how to vote for the new locker color!