What is the new role of the Public Safety Support Specialists that MPS has been hiring? 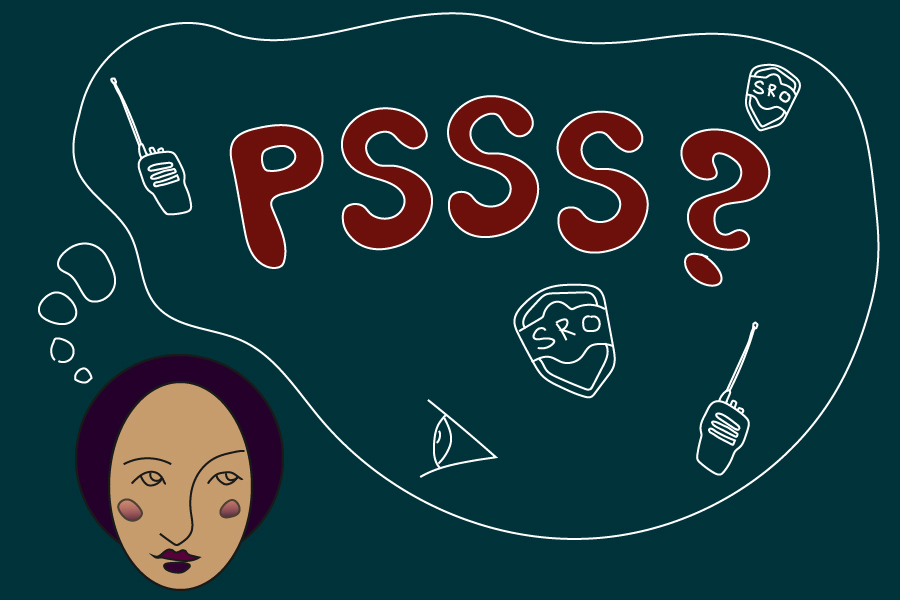 After the Minneapolis Public School Board voted to terminate their contract with the Minneapolis Police Department, a decision that led some folks to believe that SROs and police in MPS might be coming to a close, they started to hire “Public Support Safety Specialists” or PSSS-- a role which is presumed to continue the policing in MPS.

In the summer of 2020 it was undeniable that South was at the center of the movement for Black lives and the fight against police crimes as the murder of George Floyd, which happened mere blocks away from the school, sparked international outrage and action.

However, shortly following MPS’s decision, the Minneapolis Police Department Deputy Chief Erick Fors stated that “[MPD] will continue to work in cooperation with the Minneapolis Public Schools regarding safety and security issues,” a position that contradicts the narrative of ties being cut between MPS and MPD.

In July, the district began hiring Public Safety Support Specialists (PSSS), with a goal of hiring 11 total PSSS, with at least one per Minneapolis High School, as reported by the Southwest Journal. Being as the PSSS role is fairly new and Minneapolis high schools haven’t had in-person learning since its inception, it’s somewhat difficult to determine how PSSS will exist within South. However, based on preliminary details of the role, Zach Moore, a senior at South, notes that, “There’s little difference between the SRO position and the ‘Public Safety Support Specialist’ position. The position even required experience in law enforcement. The only thing that’s really changed is now [police in schools are] privately contracted, which just makes for less accountability than before. Not to mention, this position just appeared one day, no prior warning or discussion with students, teachers and education support professionals, none.”

Jae Yates, an organizer and leader of the Twin Cities Coalition 4 Justice 4 Jamar Clark (TCC4J), said in a written interview that MPS’ hiring of PSSS following their termination of their contract with MPD “demonstrates a fundamental lack of understanding about what the root issue is. Students were calling for an end to militarized presence in their schools, not the same militarized force but with a catchier name and even less accountability. Minneapolis Public Schools was mainly trying to project a progressive image to the public and did not work to understand the inherent racism of police regardless of who employs them.”

Accountability with SROs, and now with PSSS, is increasingly being considered by many, as SROs have been proven to punish Black, Brown, and Indigenous students to a disproportionately higher rate than white students, as reported by the ACLU in their statistical analysis of data from the 2015-2016 school year and outlined in their report “Cops and No Counselors,” along with hundreds of similar reports.

Yates elaborates, “SROs and campus police are often packaged as a solution to campus violence such as shootings but I don’t think that they accomplish that at all because we live in a society that devalues Black and Indigenous life. Much like they do in ‘real’ life, the presence of militarized police only puts Black and brown students in danger because they exist explicitly to oppress those groups. I also think that violence is solved by eliminating scarcity and taking care of student’s needs, not by constantly surveilling them. We also have to acknowledge that much of the violence in schools and college campuses is perpetuated by white people; we have to commit to naming and destroying white supremacy when it rears its head and that work has nothing to do with cops.”

According to Moore, the reality is that “police brutality [instances are] not few and far between at schools. There’s cases where SROs have arrested children for minor behavioral issues. There’s cases of campus police shooting students…SRO presence in schools has long been linked to the criminalization of students and their behavior, and to the school-to-prison-pipeline,” Moore states.

In practice, there tends to be little, if any, accountability for SROs and their racist and violent treatment of students in MPS and across the US. Although there isn’t much publicly available data regarding discipline of SROs, except for various accounts of firings after public outrage, there are close to no instances where SROs are charged or convictions after they inflict violence against students. Further, MPS’ former ties with MPD might indicate that there is a large discrepancy of disciplinary action against SROs that mistreat students. As, for MPD, it was reported in data analysis conducted by CNN that only “about 1.5% of complaints filed against Minneapolis police have resulted in suspensions, terminations or demotions between 2013 and 2019.”

With the introduction of PSSS, there is no publicly available information regarding a disciplinary process if there were misconduct on their part towards students. By default, this excludes students, teachers, and parents from having any say over the policing within the schools they are part of.

The group Student Movement Activists of South High (SMASH) is proposing the creation of a Civilian Police Accountability Council (CPAC) within MPS, and South specifically, to act as an avenue of accountability for SROs, PSSS, and other police within MPS.

TCC4J has been pushing for a city-wide CPAC for numerous years alongside the National Alliance Against Racist and Political Repression (NAARPR), and the campaign for a Minneapolis CPAC ramped up during this past summer. Yates describes that CPAC is a concept first put forth by the Black Panthers in Oakland. “It is the idea that police departments should not self police but rather should be under the direct control of the communities in which they exist.”

Further, Yates highlights how CPAC is related to the self-determination of communities, and that it is the “actual entity that would be formed to regulate and discipline police.” To Yates, self-determination is the main principle of community control, as when “people are paying taxes to pay for public safety but that entity doesn’t represent their interests, that’s an issue.” Yates emphasizes that public safety “should not be implemented via one-size-fits-all solutions, nor should it be decided by those who are least impacted by the public safety system.” They then give the example of the Minneapolis city council members being disconnected from the daily experiences of living in overpoliced areas, yet simultaneously deciding the fate of the MPD, to illustrate the issue of less-impacted folks making decisions about the MPD.

Additionally, Yates describes the dynamic that underlies policing in schools as one where students have autonomy taken away, which is preparing students “to be helpless in the face of institutions when they should be fostering their sense of collective responsibility and ethics.” They describe the ways in which SROs, and other police in schools, force the normalization of living under a police state from a young age, and describe the necessity of continued student resistance to policing in places of learning. Yates also notes that because “SROs and university police are an extension of the police force and therefore brutalize and target students of color in the same way that police do outside of schools.”

Yates compares the fights against militarized policing in Minneapolis to those against militarized policing in Minneapolis Public Schools, namely stressing that neither are appropriate inside or out of schools. On that same note, they recognize that “some people object to community control being introduced to high schoolers” but make the point that “minors should still have a say in how they are treated in their schools because minors are human beings that deserve to have their autonomy respected.”

Altogether, when the pandemic gets under control and schools go back to in-person learning, we will get a better picture of how the policing of South, and Minneapolis Public Schools in general, will have changed or remained the same with the introduction of the supposedly new “Public Safety Support Specialist” role, while also getting a better idea about what resistance to policing in schools will look like.