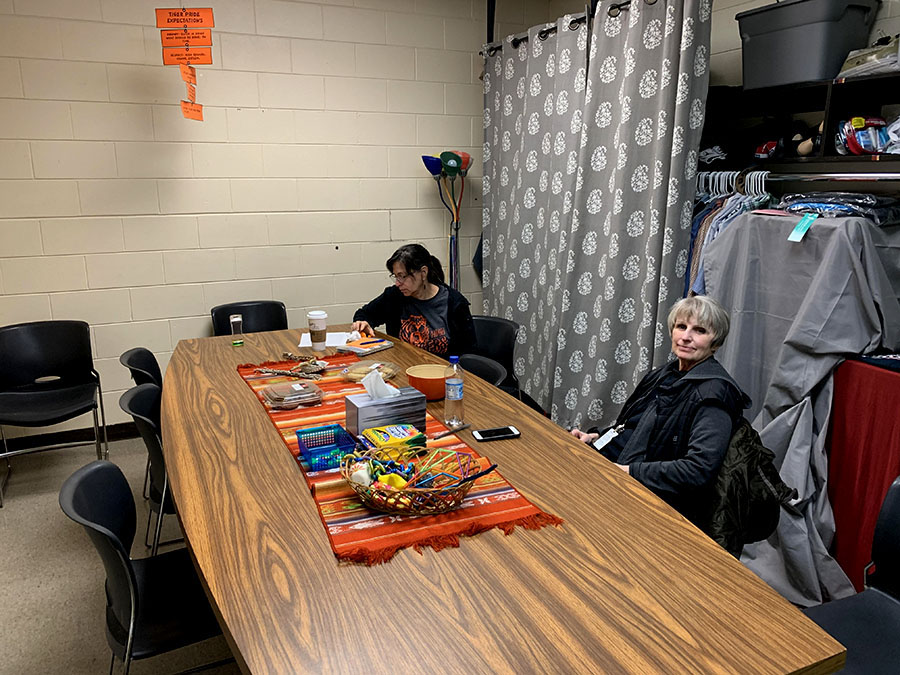 Leslie Stunkard works as the Drug and Substance Abuse Counselor for many schools in MPS. South’s Healthy Choices Group is a group led by Sherry Harris and Leslie Stunkard that tries to create discourse about drug use and its effects with students. Harris stated, “It’s less of a class than a check-in group. It’s really an educational, informational, and supportive group. It’s for students who are interested in taking a look at their chemical use and figure out what they need to do to make better choices for themselves.

It’s well known that students at South are often stopped and searched by security guards or administrators, in search of any contraband or illegal substances. However, what’s not so well known are the consequences of getting caught with illegal substances at school. Most students are given a one or two day suspension, depending on what the student did. Students caught under the influence of or in possession of drugs at school are also required to attend the Healthy Choices Group.

South’s Healthy Choices Group is a group led by Sherry Harris and Leslie Stunkard that tries to create discourse about drug use and its effects with students. Harris stated, “It’s less of a class than a check-in group. It’s really an educational, informational, and supportive group. It’s for students who are interested in taking a look at their chemical use and figure out what they need to do to make better choices for themselves. As social worker Sherry Harris puts it, “Teenagers’ brains are developing and any kind of chemical use hurts that development.”

Sherry Harris and Leslie Stunkard act as facilitators of dialogue, simply trying to share information and not pass judgements. “We ask questions, trying to illicit conversations about where students are at. It’s really about creating dialogue about what healthy choices look like,” said Harris.

Leslie Stunkard readily admitted that “students almost never want to be in group. The way we run it is that if you were caught at school, no matter what it is, you’re asked to come to group three times and we find that a lot of students come more than three times. “ Senior Spencer Reil can attest to this fact, “I kept going because the people there are chill and there’s always donuts, it can actually be a good class.”

The facilitators try to maintain a restorative approach to the class. Harris stated, “ I would say the intent is restorative in that, it’s about creating a dialogue about making good choices. It’s meant to be informational.” Harris maintains that the group is focused on creating discourse about the effects of drug use, “ I would like to think that an important part is that we’re open to dialogue, we’re not about being judgmental or about shaming, it’s about really pausing and looking at the impacts socially, legally, academically. It’s like informed consent. We’re planting seeds to get people to think about what they’re doing”

If problems with a student using drugs persists, staff and social workers seek other means of working to prevent drug use problems. Harris said, “depending on their trajectory, meetings are sometimes held with families and looking at what’s next because if nothing’s changing and attending the group doesn’t make a difference, it’s about figuring what needs to come next and what needs to come into place to assure that students stop using.”

Another important feature of the group is it’s non-confrontational relationship with students. Students are asked to come to the group and simply hold conversations. Attendance records show that the student had an excused absence. Harris adds, “On their attendance it gets documented as an excused absence.” The group is meant to be a safe space for students, not to penalize them for their usage.

Harris and Stunkard see the group as a means of reentry into the school, after a suspension. In order to rebuild trust, students are required to attend a group that reinforces the rules around drug use at South. Harris said, “when students are caught with illegal substances or under the influence and suspended, part of the reentry process is attending a minimum of three sessions.” The group, depending on the student’s commitment, can be a way of learning and rebuilding trust with the school.

The group’s efficacy is often called into question by students, particularly students who attend the group. “Sometimes it can be meaningful. Some of the questions do work and make me think but some of them are just bullshit because it’s just teachers who don’t really know about drugs,” said Reil.

The group is dependent on student participation and without students being present, the group doesn’t work. A possible explanation for this fault in efficacy could be the philosophy of the facilitators and the group itself. Stunkard said, “I’m just a messenger, I try not to be judgemental but also be realistic and keep them realistic.”

Another explanation could be the lack of cohesion between these two groups of people, adult teachers and young students. It can be a struggle for teachers to reach students in class so, it would be unsurprising for the facilitators to find it difficult to reach students about their drug use. The class is at heart, an attempt to reach students and educate them about the negative consequences of their choices. Rather than ostracize students for smoking weed and vaping, the group attempts to rebuild a positive relationship for students with the school and their education.