Fentanyl, the deadly substance being added to drugs 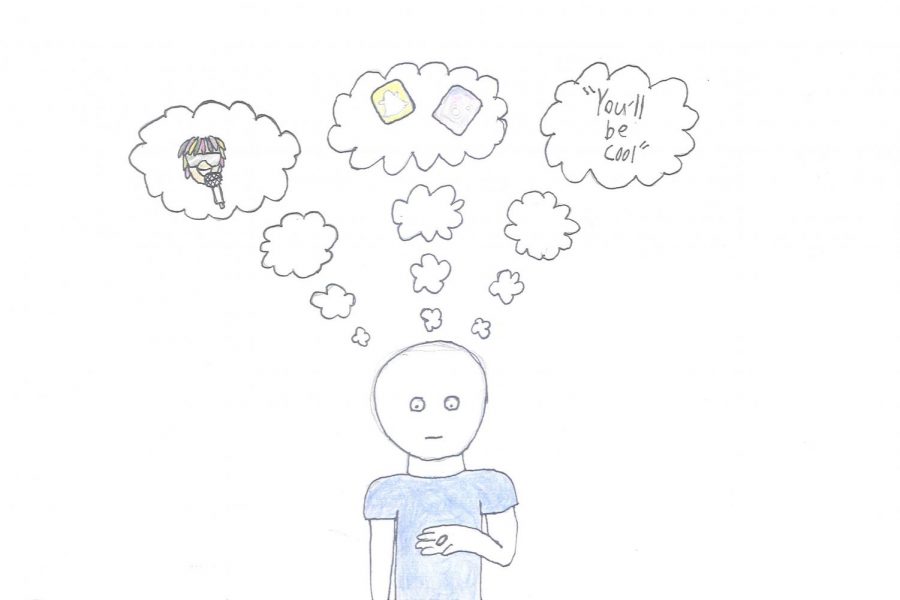 Outside influences can often lead teenagers want to do drugs that could contain fentanyl. People showing and discussing drug use on social media and popular musics common drug references can all normalize and even romanticize drug use, making it feel like an important way of being accepted socially. “People will think that you’re cool if you do drugs,” says Andrew Njogu.

Fentanyl is an incredibly deadly synthetic drug that can kill at very low doses. The drug is 30- 50 times more powerful than heroin and 50-100 times more powerful than morphine, according to the United States Drug Enforcement Administration. It is routinely used to “cut” or “lace” other pills like opiates and percocets by drug makers because it is generally cheaper than other drugs.

Students reflect kindly on body Ahmed and Lilienthal. “For how long I’ve known him, he was always just happy and joking around,” says junior Serena Guerra referring to Ahmed. Lilienthal was described by his friends as nice and funny. “He was always down to just sit and talk. Just chilling and talking with him felt so natural,” said senior Spencer Reil.

Some students claim that the schools should do more to prevent these deaths. Skyler Cronin pointed out that preaching abstinence to high schoolers is widely regarded as ineffective in making them want to have sex less, and he believes that this same thinking should be applied to drugs.

Cronin suggests that schools should teach harm reduction for drugs rather than strictly saying “don’t do them.”  Cronin even goes as far as to say that clinics should be providing kits for testing drug purity so that if students do choose to do drugs, they can ensure the safety levels first. “I think that high school clinics, because they supply condoms, should supply testing kits for drugs,” he said.

Kids are drawn to these drugs because they’re so taboo. “People just think it’s cool to break the rules,” said junior Andrew Njogu. When kids are conditioned to be against something for so long, eventually some of them are going to try it. “When you’re told you can’t do this and that you’re whole life…that just creates curiosity in you,” says Cronin.

It gets to the point where people want to do drugs because they think it will make them cool “People will think you’re cool if you drugs,” said Njogu.

Guerra added “[drugs are] pretty much what they talk about in most songs.” She also speaks to how social media is another outlet for kids to get encouraged to do drugs through peer pressure. “That’s all you can see on social media like instagram and facebook.”

Many students have also went on to say that hip hop culture acts as another form of peer pressure to do these drugs. “Hip hop culture is bringing a negative influence on these children who see them as their idols,” said junior Robin Spitzer.

But Cronin argues that it might be the illegality itself that is the root of the problem. “If all drugs were legalized then people wouldn’t be dying from fake drugs, and they would know the quantity of what they’re taking.”

Another factor that could cause these drugs to be so rampant is people seeing them as a way to make money, so they push them on to other kids. “They’re more easy to sell. They just want to make some money,” says Low Longcrow.

With the fact that these drugs are so addictive, dealers know they can keep on making money with the same kids. “A lot of dealers who sell weed just see themselves as doing a service to people. But when you’re selling perks and that stuff, you know you’re serving fiends,” says Reil.

Students are urging other students to be wary of these pills because there’s a strong chance they could be cut with fentanyl. “The problem with street drugs is that people are dying because they don’t know what’s in them,” says Cronin.

At the end of the day, teens need to know the extreme danger of these drugs. Gabe and Hamza didn’t expect to die when they took their pills, because they trusted that they weren’t consuming anything deadly. “No matter how good you think you’re plug is, it’s not worth it,” says Reil.