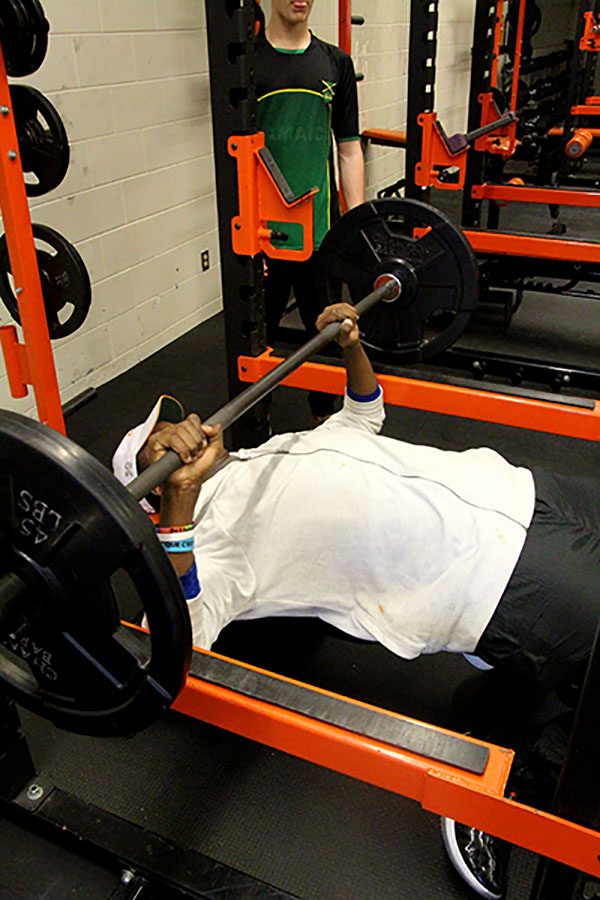 “Toxic masculinity just limits male beauty standards, what a male can project out into the public and society.  And for many, they’re fine with it but for many others that's awful because self expression can’t just go through these boring clothing types that men are supposed to wear,” said senior Will Danaher.

Throughout history, beauty standards for women have always been more demanding than beauty standards for men.  But despite the constant pressure women have on them to meet these standards, many women in recent years have shown nothing but love for their bodies, no matter the shape and size. This is largely due to the body positivity movement’s important message to love your body no matter what.

But what about men?  In an era when many women have decided that they don’t need to live up to society’s standards, men haven’t seemed to do the same.  Most men still seem to follow the masculine stereotypes that they have been given. But why? “[Male stereotypes are] not negative like how women’s stereotypes are negative… [men’s gender norms are] more positive, and viewed as good… [men are] encouraged and told to follow [those norms],” said freshman Grace McHugh.

One large reason that men still worry about being masculine is because they are afraid of sharing their feelings.  “In society, we’re not allowed to elaborate on how we feel about our bodies… worrying about your body image is not considered manly,” said Senior Will Danaher.

Most men seem to live in fear of expressing any emotions at all, especially to each other.  And if someone who identifies as a male shows emotions, they are immediately shut down by other men around them with common phrases like “don’t be a p***y,” or “man up.”  That is probably the main reason why men don’t like to talk about their bodies amongst other men the same way women talk about theirs.

Another major difference between male and female body standards is clothing.  “I myself have a general fear of wearing anything that could be considered unmanly, and I feel as if many other people who identify as male feel this way [too],” said Danaher.

Danaher continued: “The Oscars are a perfect example. Literally, every male actor was in some sort of suit, regardless.  I think I saw one person wearing shorts but that’s like the farthest you could go,” said Danaher.  “I have yet to see an actor that really breaks that standard way of dressing.” Even Billy Porter, an actor who wore a dress, wore it in the form of a suit.  People who identify as female, on the other hand, have heavy expectations of originality in their clothing, both in the Oscars and in our lives, while men all seem to wear the same colors, and pretty much the same stuff in both the Oscars and our community.

Male beauty standards prevent men from dressing and acting more feminine.  “I wore this colorful bracelet to my baseball practice once, and this one kid was like; why are you wearing that bracelet, isn’t it for girls?  So I never wore it again, I threw that bracelet away,” said Danaher. He continued, “I also wore an ankle bracelet I made at camp… with light colors and [at baseball practice] the same kid came after me, and I, unfortunately, did give in and removed both of those things.”

Male beauty standards can be a big reason why men don’t dress in a “feminine way,” but they also aren’t as overwhelming, so men don’t have to face as much pressure about clothing.  “Men aren’t as pressured into wearing certain clothing… they don’t have as many expectations on them,” said freshman Alice Rian.

It seems as if the dress code for men is simple: don’t wear anything too feminine, wear a lot of athletic clothing, and be afraid to take a fashion risk.

So if toxic masculinity is so bad, then why do men still try to fit its standards and stereotypes?  “It gets taught by parents and figures who have that mindset… the mindsets of what traditional is, and if you don’t go through some major changes, it’s hard to get out of that mindset and teach your kids that,” said Danaher.

A lot of beauty standards for women are unachievable because of the way their bodies have been made.  One thing that men enjoy and bond over is sports. But for a lot of men, they aren’t natural athletes so it’s hard for them to keep up with the naturally athletic males.  “A traditional masculine person does [many] sports, which is still stuck in our school system and society in general [as something men are obligated to do],” said Danaher.

“If you have a more natural edge for [hand] to eye coordination and athletic ability, your automatically praised more… in elementary school, the fastest kid was the coolest kid, and the kids who read books were looked down upon,” said Danaher.  It is true that sports make kids “cool” and “popular” but it’s not just classmates that adore athletes, schools tend to award and praise athletes a lot.

The truth is that toxic masculinity is a culture that almost every man follows without even realizing it.  It’s a mindset that most men have, whether they admit to it or not. And since you learn these teachings from parents, friends, and other community members, it is pretty hard not to listen.  But that shouldn’t be an excuse for men to bottle up their feelings about their own bodies.

“Toxic masculinity just limits male beauty standards, what a male can project out into the public and society.  And for many, they’re fine with it but for many others, that’s awful because self-expression can’t just go through these boring clothing types that men are supposed to wear,” said Danaher.