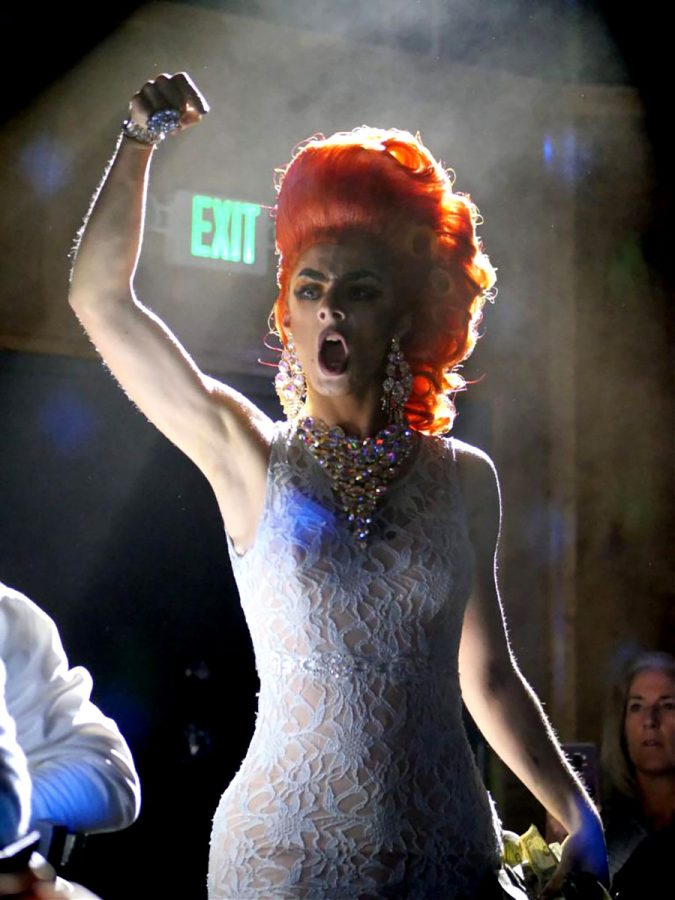 Strutting down the dim halls of South, emitting confidence, positivity, and sass is junior Haakon Anderson, the youngest working drag queen in Minnesota.

It started for Anderson a year ago during a drag show at Lush. “I absolutely fell in love with it,” said Anderson. “I knew this is what I wanted to do as a career.” Anderson was then was introduced to his future drag mother Victoria DeVille.

Historically drag mothers are drag queens who find younger gay men who are running away from home because of religious or family matters. They would give these young men a home, in exchange for learning drag to keep the community going.

“My drag mom… taught me everything I know about makeup. She taught me how to contour. Normally you can see what drag family you are connected with because of how you… contour,” said Anderson. “She is at all my shows. She gives me a lot of support and answers questions and is there when I need her.”

In drag Anderson becomes a new person, Kena DeRose. “Kena was a nickname that [a friend] called me. My drag mom’s last name is DeVille… I wanted to keep that legacy going. I wanted a ‘De’ something and I just added on DeRose, because that sounded really fun to me.”

Because of his age, he performs in all ages shows. “[It’s great] to be a positive influence in a five year old’s life, show them at a really young age that… you should embrace who you are and show it to the rest of the world,” said Anderson. “For a five year old to see that and to be at a show and to experience drag… it raises a lot of awareness and gets them acquainted with the [LGBT] community.”

Anderson believes bringing a little bit of Kena DeRose into his school life opens people up to a new world. “[Sadies school dance] was the first time I have ever been to a school event in full drag. It was a nice way to step outside of my comfort zone and introduce the school to Kena,” said Anderson.

Somedays Anderson comes to school as Kena. “More people interact with me which is great… but also it feels like they are attracted to the person I am putting on and not the person who I really am,” said Anderson.

Last year Anderson experienced his first negative reaction at South. “I don’t even know if it was directed at me but I was walking in from lunch and I had my heels on and I looked over my shoulder and there was this giant glob of spit which wasn’t there before,” said Anderson.

Other than the negative experience, everyone’s reaction towards Kena has been supportive, which surprised Anderson. “Some days I’m so out there… it doesn’t match [to] what society normally breaks the genders down into. For a guy to walk into school wearing five inch chandelier earrings and a pair of heels, that doesn’t happen everyday.”

“I love [drag] because I can step outside of my life which can be a little bit hectic sometimes. I love being able to step outside of that and become a new person,” said Anderson. “Getting into that persona gives you a new level of confidence. I would not be able to get up on stage just by myself… if I wasn’t in drag.”

DeRose almost always performs at Lush, which is a very interactive venue. “You can get off stage more easily, and the drag queens really interact with the audience,” said Anderson. Over the summer, DeRose performed and walked in the parade at Pride. “I performed at Pride in front of 5,000 people.”

“The first five seconds before [performing] you are kinda terrified. Getting out on stage it takes a second for you to get into it but once the music starts and you get within the audience and you can see them all it just gets going and it feels great,” said Anderson. “It is very empowering and it’s a big confidence booster.

“Seeing Haakon perform is an electrifying experience. I am so proud of him whenever I see him perform,” said junior Maddie Grove, a friend of Anderson.