FAFSA verifications another obstacle in the college process 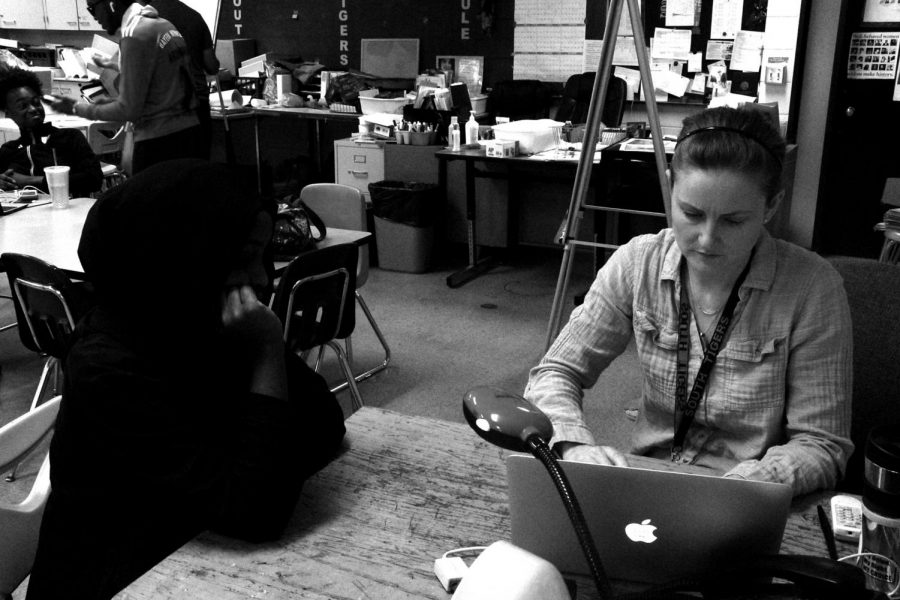 Many of Tanya Hodge’s AVID students have needed to verify information on the FAFSA. “I didn’t even know [this extra verification] existed until this year because I hadn’t seen it in other years,” said Hodge. These verifications have held up the financial aid process for students. Photo: Madeline Mahoney

The college application process is notorious for being long and difficult, from the Common Application to financial aid. Unfortunately, many students at South are faced with the additional obstacle of needing to verify information on their Free Application for Federal Student Aid (FAFSA). The FAFSA is a financial aid form that determines the federal grants or loans a student will receive. The federal government telling colleges to verify certain information isn’t new, but the number of students asked for this verification is unprecedented at South. “I didn’t even know [this extra verification] existed until this year because I hadn’t seen it in other years,” said AVID teacher Tanya Hodge.

College and Career Center (CCC) counselor Nneka Abdullah has seen the students getting requests for verifications before, but never on such a large scale. Abdullah explained that the verification process happens when the FAFSA wants colleges to request proof for certain information. There are several types of information for which the FAFSA can require verification: “students are being asked for citizenship status – they might have to provide a green card or make sure that their social security number is correct. Sometimes parents don’t file taxes, and FAFSA needs proof of nonfiling, so there are a couple steps students have to do to get that. If a student didn’t work, they have to prove they didn’t file taxes or they didn’t work,” Abdullah said.

For one senior, Bola Ogunlana, the verification process isn’t over. Ogunlana lives in a household of five people but because splitting bills between family members isn’t a documented process that is easy to prove, Ogunlana had to change that number to two. “I had to reduce the number of people in the household to two people – my mother and I – because I wasn’t able to prove it…The Pell grant it went down from $5,000 to $3,000 something,” Ogunlana said. She is still waiting to get a financial aid package back from one college. “Everybody always asks me ‘what school are you going to?’ I don’t know. If I don’t know the financial aid I’m not going to choose a school,” Ogunlana explained.

To Abdullah and Hodge it appears that certain students are being targeted. “It seems like it’s more students of color…more students who are new immigrants to the country, and students whose expected family contribution is zero,” Abdullah said.

Hodge feels the changing political climate might be responsible for the increase in verification requests. “I feel like the change in our administration…I do think it has something to do with that. Just because I haven’t seen it any other year,” Hodge said.

Abdullah isn’t sure why there has been an increase in verification requests, but she’s sure the colleges aren’t liking it. “We don’t know why [this is happening now]. It’s something the colleges have asked as well because colleges are not necessarily the ones selecting the students, it’s the federal government…Once the federal government selects or flag a student for verification then it’s on the college to go ask for the rest of the information they’re looking for. Colleges are not excited about it either,” said Abdullah.

According to the CCC, ninety-three South seniors have been asked to verify information on their FAFSA this year. Hodge expressed her frustration regarding this extra verification process: “It’s just really frustrating and time-consuming on top of all the other things that go into applying for college. I just witnessed students feeling really defeated and that is very disheartening for a teacher and students that are really wanting to go to college and fulfill their dreams.”