“Damn, that a**!”: Sexual harassment resides both in and out of South 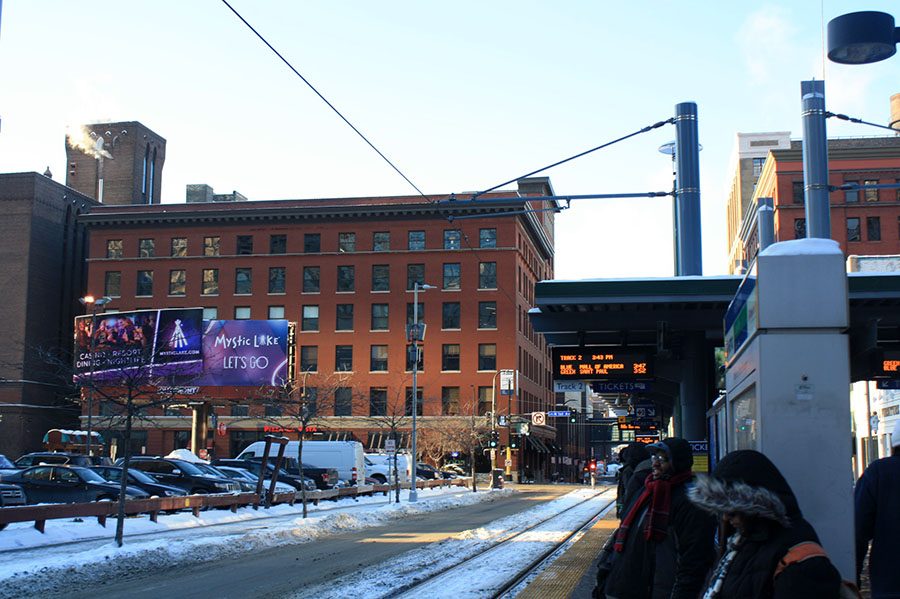 Above shows Warehouse District Station, a light rail station downtown. "On a day to day basis students who go to South often take public transportation. When they are getting to school a lot of women will experience catcalling and street harassment," said senior Eleanore Hunt.

This past year, sexual assault has been brought to light on a national level. Politicians, actors, and celebrities have been called out by victims for sexual assault – but it’s also happening closer to home. South students have dealt – and continue to deal – with street and sexual harassment, both in school and out.

According to the Stop Street Harassment (SSH) website, a 2014 study in the U.S. found that “65% of all women had experienced street harassment.” The study showed that among all women, 23% had been sexually touched, 20% had been followed, and 9% had been forced to do something sexual.

Sexual harassment and sexual assault can happen anywhere, even inside the walls of South high school. “I’ve seen people taking pictures up peoples skirts while walking up the stairs,” said sophomore Jordan Dotson.

Lydia Zupanc, a senior at South, described being harassed her freshman and sophomore year by a junior in the hallways. “He always would try to talk to me and tell me that I was really attractive, and I was a freshman so it was really scary,” said Zupanc. “He would grab my arm and try to get my attention, or he would be like, ‘Hey freshman!’ It was really gross and it made me super uncomfortable.”

This was not the only time Zupanc experienced harassment at South. “Sophomore year, I was walking to my math class and there were some upperclassmen behind me and I had my headphones in but I could still kind of hear what was going on around me,” said Zupanc. “I remember hearing “Damn, that a**!” right behind me…I didn’t know what to do.”

One way to prevent this behavior in school is through mandated reporting by all staff. “As a student the best thing to do is tell a trusted adult and then for a person like me, I am a mandated reporter and so if someone tells me something I am obligated by my licence to move it forward,” said principle Ray Aponte.

“It’s not okay when someone messes with you in a certain way. You have the right not to have that happen to you,” Aponte continued.

It doesn’t stop there. Outside of South, women are subject to catcalling, harassment and being followed. Zupanc described being stared at out in public, almost everywhere she goes: “It’s usually quite older men. It’s so uncomfortable, [and] It’s so creepy.”

“On a day to day basis students who go to South often take public transportation. When they are getting to school at lot of women will experience catcalling and street harassment,” said senior Eleanore Hunt. “I have been catcalled which makes me feel unsafe and also really awkward and uncomfortable.”

Female students have adapted various ways to prevent being harassed, or to know how to deal with it if it does occur. Zupanc said she tries to not dress provocatively, “so that my body isn’t shown as much.”

To keep the catcalling at a minimum, sophomore Violet Arkin tries not to wear anything too revealing, and she puts headphones in even when her phone is dead. Arkin even carries pepper spray for protection. “[Catcalling] is demeaning and objectifying and its rude,” said Arkin.

“If I notice [people looking at me] I’ll look back at them and I’ll usually give them a dirty look and they’ll look away, or I’ll make eye contact,” said Zupanc. “Sometimes if I’m with friends and we’re getting catcalled, I’ll yell something back, like ‘No, please don’t, we’re minors, sorry.’”

Recently, there has also been a rise of sexual harassment and assault victims coming out to share their story on social media, specifically by using the hashtag #MeToo to indicate an experience with sexual harassment and assault. “Social media’s light lately with the whole #metoo movement, and a lot of people have been talking about that and that’s been kind of cool to watch unfold because it’s just these victims coming together, and that’s definitely getting a really positive light,” said Zupanc.

To Hunt, sexual harassment and assault remains a pervasive problem, and begins at a young age. “I feel like women are taught from a young age to be afraid of strangers especially men. And men clearly don’t receive that same message as women do. We are taught that we have to protect ourselves.”