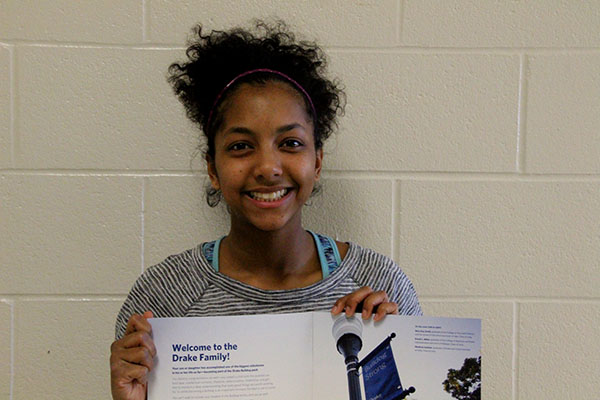 Senior Nailah Abdullah was accepted at Drake University, a school that recently joined hundreds of others in becoming test optional. Abdullah applied without submitting her ACT score because she felt it was not a good representation of her academic ability. Many people have practical and ethical reasons for applying to test optional and test-flexible colleges.

In recent years the movement against standardized testing has grown. Many schools such as South offer – and even encourage – students to opt out of standardized tests. For many students who do choose to opt of MCAs and MAP tests, one exception remains: the ACT or SAT. Most students feel they need to take the ACT or SAT to get into a good college.

Senior Nailah Abdullah, was recently accepted at Drake University, a newly test-optional university located in Iowa. Abdullah has very strong grades and many extracurriculars but she was not pleased with her test score despite studying for and taking the ACT twice. Because she decided not to submit a test score, Abdullah was required to have an interview. Abdullah said, “I feel like the score you get on the ACT shouldn’t determine the school you get into. It should be based on everything else.” Abdullah also added that standardized tests put too much pressure on students. Drake University is currently her top choice.

The number of students taking the SAT or ACT is increasing, The New York Times reported that over three million students took either test in 2015. Yet, the colleges themselves are going in the opposite direction. College and Career Center counselor Nneka Abdullah said, “most of the schools that our students are applying to still ask for the ACT score. However, a lot of colleges are moving towards test optional.” Now, over 900 and universities in the U.S. are “test-flexible” or have made testing optional. “Test-flexible” colleges allow students to send in a combination of AP, SAT subject, or other standardized tests. The idea behind making colleges “test-flexible” is that students can display their strengths in particular areas. Test optional colleges, on the other hand, do not require testing but may have additional essays or interviews.

Nneka Abdullah said, “[Test optional colleges] look at the whole student. They’ll look at your transcript, your essay, your letters of recommendation, and your overall application.”  Abdullah also points out that two year colleges often require an ACCUPLACER test (operated by the same organization as the SAT) instead. Abdullah explained that there are pros and cons of not submitting a test score, depending on the student, “for some students who are strong academically, and maybe the ACT or SAT tests are hard, but they have a high GPA, it could be beneficial. But there are other students who test better, so a test score is going to get them into a college… you really have to decide what works best for a student.” Abdullah also adds that students should look at policies surrounding merit aid, and consider that factor when deciding whether or not to submit their score.

There are many ethical arguments surrounding standardized testing as well. South English department chair, Mary Manor said, “I feel that most standardized tests… come from a place in American history that was focused on proving white supremacy. For example the SATs and the early IQ tests came out of the eugenics movement, which was focused on the reduction of births, especially by people of color, people with disabilities – mental or physical.” According to the American Psychological Association, Henry Goddard translated “The Binet and Simon Tests of Intellectual Capacity” (one of the first IQ tests) from French to English and popularized its use in the United States. Goddard also published works examining “feeblemindedness” and suggested that society keep those individuals from reproducing. Standardized tests have been changed significantly since their questionable past with the eugenics movement but there are still many issues. Manor added that standardized tests are problematic because of the assumptions they make regarding class: “A math problem might ask something about getting an allowance, or driving a car… at some level, it’s not really about doing the math or knowing the logic behind the question, it’s about these assumptions that are made.”

Critics of abolishing standardized testing might point out that standardized tests provide a way of measuring students across different schools and regions. Manor says that there are better ways to examine student readiness. Manor suggested, “student essays, letters of recommendation, portfolios of student work.” Both Manor and Nailah Abdullah feel that going test optional would benefit the colleges as well. Nailah said, “I definitely think you get more variety of people if you [the colleges] were to be test optional because more people could apply to those schools.”

Many schools continue to change their testing policies as more people reject standardized testing. As Nailah Abdullah said, “one test should not determine your whole future.”