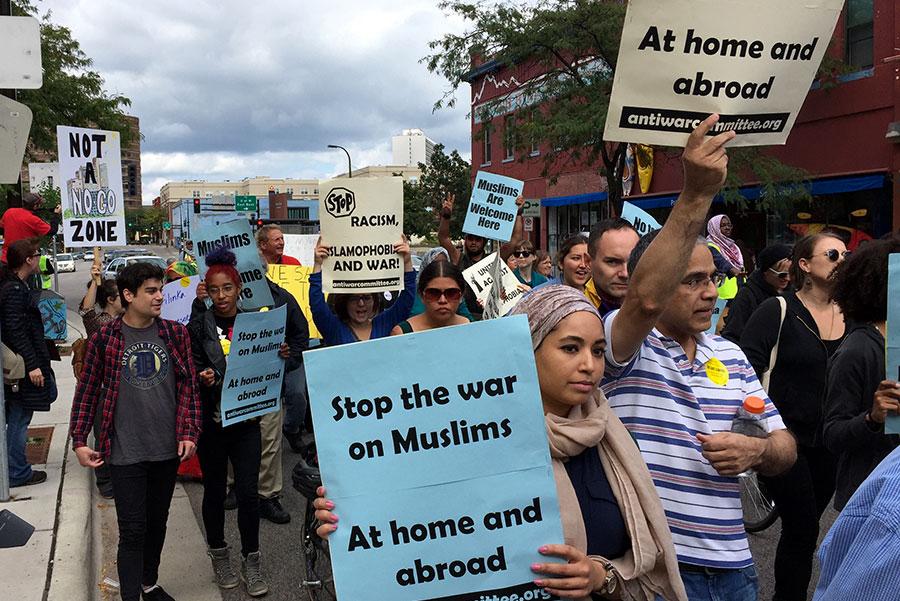 South students protest at an anti-Islamophobia rally on September 17th. Because of president elect Donald Trump’s outspoken resentment towards Muslim people, many Muslim students have expressed fear and uncertainty for their and their family’s futures. “I have no clue what he’s about to do… I am just so mad and terrified for what could happen to my family members.” said sophomore Amira Abukar. Photo: Eli Shimanski

South students protest at an anti-Islamophobia rally on September 17th. Because of president elect Donald Trump’s outspoken resentment towards Muslim people, many Muslim students have expressed fear and uncertainty for their and their family’s futures. “I have no clue what he’s about to do… I am just so mad and terrified for what could happen to my family members.” said sophomore Amira Abukar. Photo: Eli Shimanski