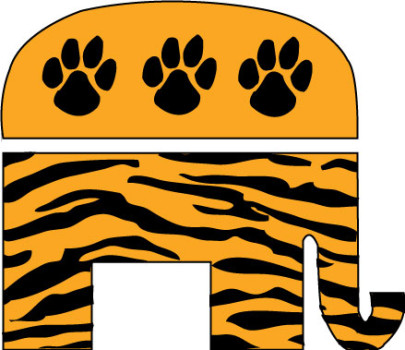 Is the elephant on the endangered list at South? South is known to some students as having a more liberal environment. “I think a lot of liberals attend South,” said Elliot Bosveld, a member of South’s Politics Club.

The trend is similar throughout Minneapolis. For example, in the recent House of Representatives elections Minneapolis voted 68% for democrat, Keith Ellison. Info courtesy CNN: “election center”.

To some this might not be important, but it could have an impact on things such as political discussions in class. At South, we aim to have a respectful and peaceful learning environment. Do Republicans feel as though they can’t share their opinions because they may face exclusion or harassment?

Sophomore Meghan MacDonald identifies herself as a Republican. “It feels like I am one in a small number. It doesn’t bother me much,” says MacDonald. She adds that the only other Republican she knows of  at South is her brother.

In social studies classes, there are often conversations and topics discussed that include political beliefs. When asked if her political party effected discussions in class MacDonald said, “it does because I feel like I don’t want to say anything. It feels like I won’t have enough information to back it up.” She also noted that, “I feel like if I say something, people are going to jump on me about it.”

MacDonald said that she knew South is a highly liberal school with a larger population of Democrats prior to coming to South. “It didn’t sway my opinion,” said MacDonald. She believes that, “we should all be more open minded, even Republicans. You can learn more from other students.”

Sophomore Joe Gantenbein considers himself a Conservative, but adds that he has liberal views on issues such as gay rights and abortion. Gantenbein describes what it is like for him at South, “at times it feels like I’m somewhat of an outcast.” About the issue of political discussions Gantenbein says, “Sometimes when I take a right wing approach people are hostile about my views. I don’t take it personally.”

An anonymous Republican staff member was asked how they felt being a Republican at South. “I feel like I am definitely a minority and I can’t say things I want to say,” said this staff member. They wanted to remain anonymous and noted that they, “don’t bring it up with students, specifically in election years because students want to know who you are voting for…it seems like liberalism is all about accepting others opinions, unless it’s a Republican. Then there is no accepting,” they added.

The concept of republicans being a minority outside of South makes sense looking at the statistics from recent and past Minneapolis elections. Minneapolis has always been a democratic city. For example, in the 1999 senate elections Minneapolis voted 51.1% democratic.  Info courtesy of Secretary of State election results archives.

We have always voted more democratically and this is the first time that there will be actual balance between the congressional department. There will be four Democratic congress members and four Republican as well. In the past its mostly been 2 or 3 Republicans and 5 or 6 Democrats, according to social studies teacher Richard Nohel.

He didn’t want to elude to anyone specifically that is Republican, “I think it’s more about the substance of what people say and where they are getting their information from.”