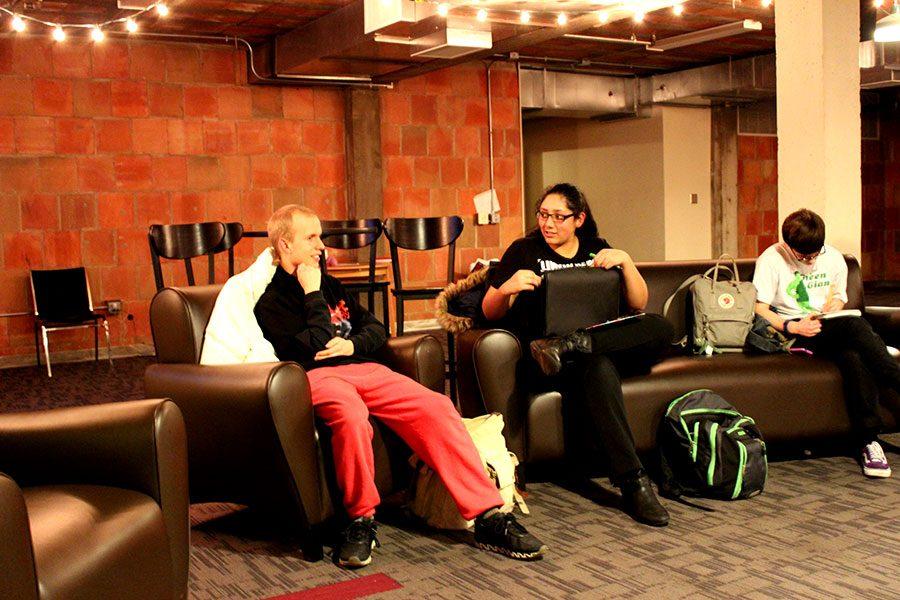 While many of you have probably heard of the Walker Art Center, what you may not know is there’s a group for teens that work behind the scenes there who not only organize large scale events, but who also bring diversity and character to the institute.

“Young people have a voice in all things, and I think art is a great way to talk about specific issues,” Mischa Kegan, the teen program’s coordinator and a South graduate, said in an over the phone interview.
However, WACTAC is much more than just an event planning group.

“My personal favorite part [of the program] is getting to know the other people in the group and becoming friends with them,” said Townes Nelson, a senior at South. Many students have been able to open up and connect with one another because of WACTAC.

“It’s really humbling because people shared private, really sensitive information about their lives and about anxieties,” Kegan said. He feels that having that space for people to talk about what’s going on in their lives is really important and meaningful. ”I feel super privileged to be able to be a part of that space,” Kegan said.
The WACTAC program was founded in 1996. “It was one of the first teen programs of it’s kind in a museum setting,” Kegan said.

Council members were trying to make the Walker more “open and accessible” for people, especially teens, because they were viewed as an “unobserved audience.” One of the ways they have opened it up for teens is by allowing all teens ages 13-18 to get into the Walker for free.

“It’s important to me that the group is really diverse in all ways and in all definitions, so that hopefully the young people working on the council are interacting or working with people that they may have not otherwise . intersected with because of the unfortunate divisions that are in our society,” Kegan said. This diverse aspect of the group is something all members of the team have enjoyed being surrounded by. “I think we all have a shared appreciation for cultural differences,” Kaj Johnson, a junior at Washburn said.

While working to set up events, the students in WACTAC have been given the chance to collaborate and meet with professional artists. “I’ve been able to meet a lot of different artists and make a lot of connections that regular people wouldn’t get to do,” said Johnson.

“I like that [WACTAC] gives me a lot of opportunities that I wouldn’t have otherwise gotten,” Ollie Wollerman, a South High senior said.

The students in WACTAC have not only been exposed to meeting great artists, but they work weekly to help build a stronger community“It’s important that you’re not just talking about professional artists, but you’re talking about the community and the teenagers that are in the twin cities and how you can make it accessible to them,” Johnson said.

He continued, “I think that it’s really important that we keep on trying to…make everybody feel welcomed and feel like it’s a safe space.”

Many of the other students in the program view it as a community and safe space as well. “Safe spaces are earned,” Salma Ahmed, a South junior, said. “It’s not something you can always offer because not every space is safe for everyone, but something we try to do is have it be nice and comfortable.”

Not only has WACTAC offered teens a community to feel safe in, but it enables them to use their voice. Often times teens can feel overlooked in communities, so the students at WACTAC appreciate the space WACTAC provides for them to do the things they love, and the opportunity to plan and design events for their peers.

“Having my ideas taken into consideration [is] really cool,” Ahmed said.“We will often push back against some of the decisions the administration makes,” Nelson said. Students in WACTAC have a voice in the events that affect them and their peers, but they also have an affect on the institution as a whole.

“Even though WACTAC doesn’t have a ton of power in what goes on around here we do have a little bit of leverage, and I think it’s important to have opinions from people who would otherwise be marginalized in a big institution,” Wollerman said.

“I think it’s really important for us to express ourselves because we have a lot to say and we want to do a lot of things for each other,” Ahmed said.